Energy Action: The value of liquidity as a growth strategy 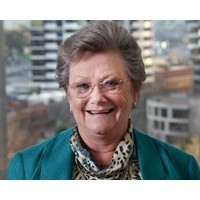 When capital is scarce, listed companies can use liquidity as a means to fund growth.

Energy Action (ASX:EAX) used the strategy yesterday when it bought a rival, Ward Consulting Services, for $4.15 million. EA paid four percent of the purchase price in the form of shares, helping stretch out its small stash of cash to cover the company’s future plan of growth by acquisition.

Energy Action is a service for businesses that want to reduce their energy costs. The company, which listed last year, develops tender documents for its clients, and then puts the tender to auction on its website. The process typically delivers a seven per cent saving. Clients then use Energy Action to help monitor and reduce their energy use, check their bills are correct, and access every government dollar they can get to keep their bills down. Chief executive, Val Duncan, says close monitoring alone can reduce energy costs. “If there is a spike in a client’s energy use, we contact them the next day,” she says. “There is no use finding out about it six weeks later when the bill comes.”

Saving money in the deregulated energy market is not easy: some parts have competition, and some do not. This has led to a proliferation of energy consultants, but few that provide a full complement of services, Duncan says. “There is an opportunity for consolidation. It is a very fragmented market.”

Energy Action started as a management buyout in 2002. It was a rocky start. The managers bought the company out of administration. In its previous incarnation, the company started in 1998. At the time, online procurement was a hot but untested idea. Over time, the surviving online procurement companies learned they needed to specialise in industry sectors, and to make sure the suppliers got benefits as well as the buyers.

Duncan says the company lacked focus when she joined it as chief financial officer in 2001, and by the time it had pulled together the technology, retailers, customers and staff, the major shareholder had lost faith.

The company spent four months in administration while three executives and three board members raised the cash for the buyout. The administrators, Ferrier Hodgson, wisely left the company with $250,000 in cash to continue its operations, which recommenced in February 2003.

Duncan, who was CEO through the administration and ever since, says she kept the faith of all 10 staff, the full complement of energy retailers, and all the company’s then 200 customers (it now has 8,000). “I was honest with everyone, saying I don’t know how but we will come out of this – reassuring people,” she says.

The process took a toll on Duncan. “It was very traumatic, but I never gave up,” she says. “I was always thinking about the next step.”

Over the three ensuing years, the company attracted more investors, and Duncan re-mortgaged her house. “It was a difficult moment talking to my husband. He said, ‘I trust you. You know what you are doing’,” she says.

By 2005, the company started to grow strongly, and has averaged a 30% increase in revenue every year since then, including through the global financial crisis.

Duncan has worked her way to the top from humble beginnings. After having two children early, her family suffered a calamity – the family home in Orange burned down. It prompted a move to Sydney, where Duncan started a traineeship in accounting. Over the next decade, she worked her way up to the executive ranks of energy retailer, Integral Energy.

Duncan listed the company in October last year and raised $3.8 million for its acquisition strategy. But it wasn’t this small war chest she was after. “We didn’t need the money; we wanted the liquidity,” she says.

The company just reported half-year earnings of $8.27 million for the six-month period. This is an 19% increase on the same period last year. The company is on track to reach its prospectus forecast of $17.3 million for the 2012 financial year.

Its energy monitoring and reduction product – Activ8 – delivers twice as much revenue ($5.3 million for the half year) as its auction product, AEX ($2.7 million). It has recently launched a new product, Activ8+, which specifically looks at energy efficiency and sustainability, a hot topic as the carbon tax integrates into the economy.

The Ward Consulting Services acquisition, which brings five staff to the company, including the founder, Jenny Ward, is the first of what Duncan hopes are many, but there are no more in train as yet.

Her steady leadership style enabled Duncan to retain the core team from the dark days of administration into the current staff of 70 people and six offices nationwide, with one in Perth just about to open.

Asked for one thing leaders should never do, Duncan says: “Expect them to put in more than I am prepared to put in myself. Still, I expect people to do their jobs.”

The ethos is one of work to live, not live to work, she says.

She plans to take a pragmatic approach to integrating the cultures of her company and its new acquisition. “We will look at the processes, see which are the best and adopt those,” she says. However, she intends to leave Wards to operate autonomously until the company has earned the second payment of the purchase price.

The company has $1 million or so committed to research and development, representing more than 5% of its projected full-year revenue. Its auction technology is proprietary, and already up to its third release.