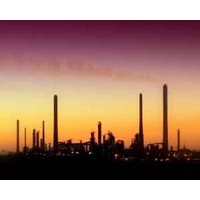 Australia has hitched itself to Europe’s climate change wagon in a move which will have far-reaching?—?and uncertain?—?consequences for the domestic carbon scheme.

Yesterday’s decision to link Australia’s carbon scheme with Europe’s (and dump the floor price on permits) is a game-changer. Until then we were the southern hemisphere’s mouse that roared on climate change. Now we’ll effectively be part of a large, entrenched and relatively stable carbon price mechanism, which covers half a billion people.

The move probably means the cost for Australia to reduce emissions will come down?—?in the medium term at least (say, three to six years). But actually, costs could go up. The move probably makes it harder for the Coalition to repeal the carbon tax if it wins the federal election.

The real significance of yesterday’s decision is that instead of Australia tackling climate change by taxing domestic polluters and spending the money on reducing emissions in China, we’ll tax domestic polluters and spend the money on reducing emissions in Europe. Either way, the international rules say we can count those emissions reductions ourselves, as if we’d shut down a Latrobe Valley smokestack. (Why can’t we just reduce our own emissions? Too expensive. So we’re paying our way out of the problem.)

So how does this week’s decision work?

The original plan was that once Australia’s $23-per-tonne carbon tax switched to an emissions trading scheme in 2015, businesses could meet their obligations in large part by buying up cheap international permits from countries such as China, Indonesia and PNG. These bargain-basement permits used to be a little dodgy. They’re better now, but plenty of people will tell you there’s still hot air in the system. At $4 or so a pop, they’re cheap as chips.

The government was worried the ETS would be flooded with these cheap permits, so set a (temporary) $15 floor price to start in 2015. But it was becoming increasingly hard to see how that would work; the floor price seemed arbitrary, and some businesses complained they’d pay more because of it.

So the government worked on Plan B: scrapping the floor price and linking the scheme to Europe’s ETS (which has been going for longer than ours). That means that in 2015 Australia’s floor price will effectively be Europe’s permit price?—?about 8 euros, or A$9.50, at present. (There are concerns in Europe that the price is too low; it’s dropped a fair bit lately). So Australia has not really scrapped its floor price?—?it’s just switched horses to a new floor price (and a floating one at that).

The take-home point here is that if the European ETS price is below A$15 in 2015, then today’s move makes it cheaper for Australian businesses to comply with our carbon scheme.

The kicker is that if the European price is above $15 by 2015?—?and it has been volatile?—?then the costs here will go up. You can bet the big emitters are crunching the numbers on this right now. And if Australia’s new scheme keeps a long-term cap on the use of cheap permits from China etc, then costs could be significantly higher by 2020.

“It could be cheaper, it could be more expensive; probably cheaper,” Tony Mohr from the Australian Conservation Foundation told Crikey of yesterday’s decision. Erwin Jackson, deputy CEO of The Climate Institute, estimated the EU carbon price would be A$15-20 by 2015; that would make the new scheme more expensive than the original. Other analysts reckon the European price will be $12 in 2015. It depends which crystal ball you’re gazing into. The European permit price has been a wild ride since the scheme started; good luck tipping the price three years’ hence.

Hitching our ETS to Europe’s could throw out the federal budget?—?if permits do wind up cheaper, that means less revenue for the government, but it still has to pay compensation for the carbon price.

Politically, today’s move probably makes it harder for Tony Abbott to repeal the carbon price if he wins the election. The decision is to “finalise technical details of the interim link” with Europe by mid-2013?—?say, that’s before the federal election is due. The sleeper issue here is property rights. A permit to emit one tonne of greenhouse gas emissions is created as a property right. So if Abbott wants to scrap the tax, he is also scrapping a stack of permits (ie property rights). He may have to pay compensation under the constitution. And with more permits changing hands between Europe and Australia, that could get complicated as well as expensive.

Mohr says the more connected Australia’s carbon scheme is, the harder it becomes to unravel.

Another geeky point to make is that yesterday’s decision may herald changes to the design of Australia’s carbon scheme. For Australia to hitch its scheme to Europe’s, the two schemes have to be roughly aligned. That’s partly why the floor price has been scrapped; Europe didn’t like it.

More changes may be needed. Australia allows farmers to voluntarily cut emissions and sell those reductions into the carbon scheme under the Carbon Farming Initiative, but Europe doesn’t. So the CFI may have to be changed. And there may have to be changes to industry assistance (although Europe’s carbon price is arguably more generous to business than Australia’s at present).

And taking a macro look, yesterday’s decision may mean Australia enters into a “green” negotiating bloc with Europe?—?the region that’s doing the most on climate change. We might find ourselves forming a common front on issues like targets to reduce emissions (a hot potato), and the future of the Kyoto Protocol. That would be a shift, because we have been at the centre of the not-terribly-green “Umbrella Group”?—?including countries like the US and Japan?—?at international negotiations. Not any more, perhaps?

We could even consider a joint EU/Australian carbon tariff, to slap an effective carbon price on imports from countries doing little on climate change, such as the US. A carbon tariff would probably be allowed under international trade law, it would shield industries from first-mover disadvantage, and it would set the hares running among those not pulling their weight on reducing emissions.

So what’s the verdict on this new approach on Australia’s climate scheme? Mohr describes it as “good politics, it’s a smart move”, and says the domestic scheme would be rendered more stable as a result. ”It’s a good thing that Australia has linked with the European ETS.”

Jackson cautions against focusing solely on keeping short-term permit prices down, arguing this would do little to encourage green investment. He “cautiously welcomed” yesterday’s decision as it would “provide long-term stability”.