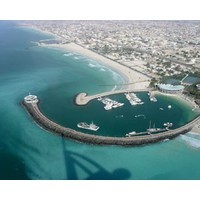 The perception that business in the Middle East is dominated by men, and that women do not play a big role, deters women leaders in Australia from considering the opportunities to export there, says Amanda Hodges, the acting consul-general and trade commissioner for Austrade in Istanbul, Turkey.

Hodges, speaking today at a Women in Global Business presentation in Melbourne, says this is changing. Women are taking increasingly high-profile roles in business – particularly in the United Arab Emirates and Qatar. Senior women – both foreign and local – are in executive roles across a range of industries. Pink Lady Taxis is a notable example: a fleet of taxis exclusively for women and children under 10 driven by female taxi drivers only. Started in Dubai several years ago, the fleet now has 50 taxies and is expanding into other Arab countries.

Reconsider opportunities in the Middle East

The images of violence and protest coming from countries involved in the Arab Spring uprisings have deterred leaders (of both genders) from engaging in the region.

But the Middle East/ North African region comprises 20 countries, from Morocco in the west to Iran in the east, from Turkey in the north to Yemen in the south. The region is home to nearly 400 million people of which Egypt has the highest population – 84 million – followed by Iran, 75 million and Turkey 74 million.

Among the best place for Australian businesses to start in the Middle East are the six countries of the Gulf Cooperation Council, a political and economic union of Arab states, boarding the Persian Gulf: Bahrain, Kuwait, Oman, Qatar, Saudi Arabia and the United Arab Emirates.

“These markets are characterised by a combination of positive factors,” Hodges told the WIGB participants. “They include political stability, security, wealth, consumer demand for international goods and services, and therefore good prospects for Australian companies.”

The UAE is a centre for finance and trade expos, and Emirates and Etihad airlines have more than 100 direct flights from Australia every week. “It is the most westernised and liberal,” Hodges says. “There are currently 15,000 Australians in the UAE and 150,000 Australians visit the Emirates annually for business and tourism.”

Currently, Australia exports about $6 billion in merchandise, with alumina, passenger cars – such as the Toyota Camry made in Victoria – and meat at the top of the list.

Education is one export gaining traction. The University of Wollongong and Murdoch University both have campuses in the UAE, and two secondary schools offer Australian curriculum taught by Australia staff.

Specialist food retailer, Jones the Grocer, has opened 12 outlets in UEA, and 80% of its stock is imported from Australia. The local supermarket chain, the equivalent of Coles or Woolworths, stocks more than 600 products from Australia, Hodges says. A stall at the annual Gulf Food Show has opened the market to many Australian food exporters.

Victorian companies can access a $50 million state government program to fund trade missions, such as the Gulf Food Show. The Victorian government is worried that not enough companies will use the program and encouraged every company to have at least some export sales, the Victorian Minister for Manufacturing, Exports and Trade, Richard Dalla-Riva, told participants today.

Hodges says many Emiratis have a strong connection with Australia. “They have a son or daughter studying here, or numerous holidays to the Gold Coast – more than I have had,” she says. “It may seem simple, but it helps them understand where you are coming from.”

The role of women in business in the Middle East

Hodges says there are no barriers to women doing business in the Middle East that cannot be overcome. The minister for foreign trade in the UAE, Shaikha Lubna Al Qasimi, is a woman, and has visited Australia more than once. “Shaihka Lubna is a strong advocate for foreign trade,” Hodges says.

Women are a significant market, with women living in the Gulf states having a savings portfolio of $100 billion in 2007, according to the publication GulfNews. Of this, $10 billion belongs to Emirati women.

Women are among the powerful business elite. Raja Esa Al Gurg, the head of a major import and export company called Easa Saleh Al Gurg Group, is an outspoken advocate for women in business, and was formerly president of the UAE Businesswomen’s Council. The GulfNews article reported that there were 45,000 listed businesswomen, and women formed 35% of the working population at the time. That has since risen to 45% of the workforce.

Hodges says women ask about the dress code for women. “The answer is that foreign women do not have to wear a scarf except in Saudi Arabia, where the scarf is worn outside,” she says.

“The other question I am asked a lot is whether women can go to meetings alone. My view is that it is definitely beneficial to make first meetings with a Austrade representative or a local business representative. But I give this advice to both men and women. Middle East companies really do respect the stamp of government. They are more responsive if they know a company has met with the government first, and that they really are a legitimate entity. It is also helpful in terms of follow-up for there to be local contact as the business develops.”

Tips for success for men and women in business

Austrade: for business etiquette and an export readiness indicator