Facebook fumbles: How to keep the dot-com 2.0 dollars coming 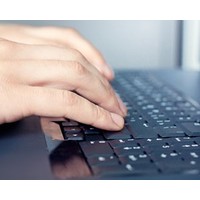 The disappointing financial results released this week by Facebook and games company, Zynga, has left the speculators speculating. Both companies have suffered substantial share price falls, and the question remains: will there be a dot-com 2.0 crash?

Media futurist Ross Dawson doesn’t think so. “Don’t confuse share price with profitability,” he tells LeadingCompany. “The difference is that [in dot-com crash 1999-02] there was no revenue or profitability, but now there is,” he says.

Dawson’s view is supported to some degree by Facebook’s first earnings report since its initial public offering in May. The results show growth for Facebook in revenue, net profits (using non-GAAP accounting standards) for the second quarter of 2012, compared to a year earlier. The number of users grew to 955 million by the end of the second quarter, up from the 901 million users at the end of March.

However, investors don’t share Dawson’s faith in Facebook’s ability to sustain revenue and profits into the long-term.

Facebook shares hit a fresh low of $US23.94 in after-hours trading. It’s a loss of $US157 million from its market capitalisation, and a huge fall from its $38 listing price.

Dawson remains upbeat, but says all online companies can learn lessons from Facebook’s predicament by taking steps to increase investor confidence and create more revenue, profits and returns for shareholders.

The most important one is finding revenue from areas other than display advertising, which is hard to put a value on, Dawson says. “It also becomes less effective the more times someone uses a platform. People learn to ignore the ads,” he says.

Display advertising is Facebook’s life-support, which may explain why it only makes, on average, a $5 annual profit per user.

Alternatives to display ads include:

Search-related advertising: “The search will continue to be a treasure trove in the online space,” Dawson says. “This is because people are searching for something they are looking to spend money on.”

This has been the bread and butter for Google, which makes 90% of its profits from search-related advertising. “The price you pay for a click on an insurance ad is in excess of $50,” Dawson says.

Premium subscriber payments: Anything that generates a regular payment is lucrative, Dawson says.

This is where LinkedIn has been successful. “LinkedIn provides a better experience for paying subscribers. On the consumer side, people get to reach out to those they are not connected to; companies are also able to search prospective employees.”

With LinkedIn shares currently trading at $102 (up from $45 last year), it is hard to argue with the strategy.

Online shopping: This is the biggest opportunity for Facebook, Dawson says.

“People want to know what their friends think of a potential purchase – Facebook can provide them with this,” he says. “The key for Facebook is to allow users to shop directly from their site. This way they can effectively shop online with their friends.”

Location-specific services: Online social sites have struggled to make revenue from mobile users, Dawson says. If Facebook can give people suggestions on where to eat, drink or shop based on their location it could be a huge source of revenue from companies paying to come up as local suggestions.

“They can also get their friends to comment on the (advertised) suggestions,” he says.

Facebook is already making $1 million each day from sponsoring stories, but Dawson says there is opportunity for much more.