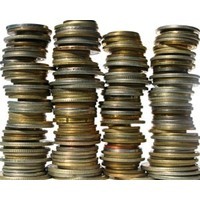 Treasurer Wayne Swan has revealed that the Government’s loss carry-back scheme for business will cost $714 million, but he is yet to detail how the reform would be directly paid for.

Under the loss carry-back scheme, businesses can claim losses of up to $1 million against tax they have paid in the previous two years.

A business claiming the full amount would get a refund cheque of $300,000 — representing the company tax rate of 30 cents in the dollar.

However, businesses who wish to use the scheme will have to wait until around 2014 to do so as they must first run a deficit in the 2013 tax year, when the initiative first applies, then wait until they lodge their tax return before they can claim a refund for company tax paid the prior year.

The Government makes the delay for businesses clear in its costing for the loss carry- back scheme which sets aside just $6.7 million for the first year of its operation.

Swan describes the loss carry-back scheme as a “major tax reform” for small business which he says is “the engine room of the economy”.

In his budget speech Swan said the loss carry-back scheme was aimed at relieving pressure on businesses “that aren’t in the fast lanes”.

“This will support businesses when they need it – providing an injection of funds to invest in new ideas, equipment and markets,” says Swan.

“So a café on a tourist strip can get the funds they need to refurbish or keep on valuable staff, so they’re ready for when conditions pick up.”

“Or a small manufacturer can get the funds they need to retool, so they can get through the tough times and make the most of opportunities sitting just over the horizon.”

Swan also referenced the previously announced small business assistance which enables businesses to immediately write-off eligible assets they buy for less than $6,500, and up to $5,000 for cars or utes.

The Government estimates the loss carry-back scheme will assist 110,000 businesses over the four years of its operation, a number dismissed by Institute of Chartered Accountants tax counsel Yasser El-Ansary as “a drop in the ocean in the number of small businesses struggling.”

The ICA and the Tax Institute both welcomed the loss carry-back scheme but warned the reform would provide little benefit for most small businesses.

El-Ansary told SmartCompany earlier this week that the reform’s relevance was limited, as it was only applicable to businesses structured as corporations.

“Automatically, right from the outset, 80% of all small businesses are ineligible for access,” says El-Ansary.

“The likelihood that small businesses will find themselves in a position where they have made a profit for two years then a loss this year is quite slim.”

“What we have said to the Treasurer and the Government is that it would make sense to not rush ahead with this policy.”

Tax Institute senior counsel Robert Jeremenko’s key concern was the lack of detail over funding for the loss carry-back scheme.

Jeremenko warned that the proposals for paying for the loss carry-back scheme, recommended by the Business Tax Working Group, were only preliminary suggestions.

“The Business Tax Working Group was very clear in its report that it did not have time to do proper consultation on these measures,” Jeremenko said earlier this week.

“We are concerned the Government will rush to adopt one of these savings measures that has not been properly thought through and analysed as to whether it is worth the trade off.”

At his press conference to announce the budget Swan indicated he would look to the proposals made by the group, saying he was “ready, willing and able” to work with business and the Business Tax Working Group on tax reform.