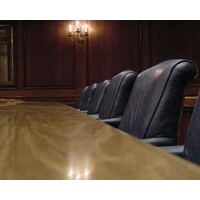 The Government has put high income earners firmly in its budget sights, announcing that it is removing a large tax concession for so called “golden handshakes” and making fresh cuts to living-away-from-home allowances and benefits.

Golden handshakes are the generous executive salary packages given at the conclusion of employment, among a large class of payments known as employment termination payments (ETPs).

These payments are generally taxed at just 15%, but the Treasurer announced the Government will restrict access to this tax concession as part of a move tipped to save $196.4 million over the next four years.

The low tax rates for ETPs of people who become genuinely redundant, or lose their job due to illness or disability will be unchanged.

Living-away-from-home allowances will also be slashed in a move described by the Government as “better targeting it at people who are legitimately maintaining a home away from their actual home for an initial period”.

On forward estimates the Government predicts savings of over $1 billion by targeting the “increasing exploitation and misuse” of the tax concession by a narrow group of people “particularly highly-paid executives and foreign workers”.

The tax concession will be limited to employees who are living away from home and maintaining a home for their own use in Australia – not executives who are not actually maintaining a second home, or who are maintaining two homes indefinitely.

A 12 month limit will also be imposed on how long an employee can receive the tax concession at a particular work location.

“It’s simply not fair or reasonable for ordinary taxpayers to be funding this kind of massive tax perk for a very small number of people,” said Treasurer Wayne Swan.

In his budget speech, Treasurer Wayne Swan said golden handshakes and living away from home benefits, both “typically accrue to high income earners”.

Swan says limiting these tax concessions is part of the Government’s “further steps to improve the fairness and sustainability of the tax system while keeping tax as a share of the economy lower than what we inherited”.