Finance chiefs tell staff to make do … until they can’t 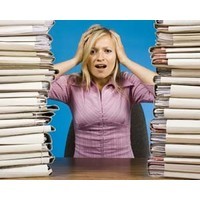 Wary of employing more staff, but still facing staff shortages during critical periods, Australian finance chiefs are increasingly turning to temporary contractors to plug gaps in their workforce, according to a global survey of finance heads by financial recruitment firm, Robert Half.

Nearly one in two (45%) of the 300 Australian CFOs and finance directors surveyed said they had managed to get more output from their teams without making any new resources available.

Where absolutely necessary, companies are adding temporary employees to their workforces, and they do so at higher rates than most of the other countries surveyed by Robert Half. Of the 14 countries, Australia had the third-highest reliance on temporary staff, with 33% of finance chiefs saying the use of such contract workers was a key driver of productivity in their business.

Andrew Brushfield, a director at Robert Half Australia, says finance executives are wary of taking on more staff.

“When the global financial crisis hit, companies that had invested significantly in their permanent headcount found they didn’t have the sales to support that workforce,” he says. “Legislation in many countries, including Australia, can make it difficult to quickly shed staff should this be the case. So companies are looking at a temporary workforce as a way to function during high-demand periods.”

Putting on temps is preferable to companies working their permanent workforce to the bone during periods of high demand, but finance chiefs are pushing the limits of what they think they can ask of staff.

“Finance chiefs are getting better productivity through their existing staff. In a lot of instances, that’s achievable and cost-effective, but there is a point where it becomes detrimental.

“Finance leaders are very aware of what that point is. They don’t want to overwork people. They know it will result in low morale, and that when done over a long period of time is counterproductive. It leads to further burnout. And even though staff are working hard, their work is still increasing.”

Robert Half conducts an international survey of finance chiefs once a year, and has recorded a reluctance amongst finance heads to hire more staff since the GFC.

“The global economy has been faltering for some time,” Brushfield says.

“This means that over the last four or five years, organisations have spent a lot of time thinking through how to do things like motivate staff in the absence of pay rises, when they’re asking a lot from them. That means things like offering flexible work arrangements, allowing people to work from home. Those themes come up quite regularly now.”