Harness the hate: Lessons in complacency inspired by Seven Network 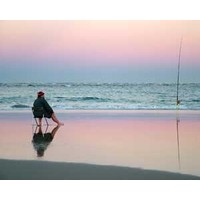 The new chief of Network Seven, Tim Worner, can’t help himself: three months into the job and he’s not only bragging in the AFR about how well Seven is doing in the ratings, but he is also predicting that Seven will widen its lead against the Nine and Ten networks.

Complacency is a business risk; it’s an attitude that has flipped many a cocky company from climbing a ladder to sliding down a snake.

LeadingCompany looks at five ways that Worner, and other successful executives, can mitigate the trap of self-satisfaction, and the business risks it entails.

Worner need look no further than rival station, Network Nine, to know that complacency is a real risk. Nine seemed unassailable in the number one position for years, but lost its lead over the past decade.

Losing the hunger for success is an ever-present danger, Quest Serviced Apartment chief executive, Paul Constantinou, says. Even though Quest sailed through the global financial crisis, averaging 10% growth a year over the past three years, and grew revenue 11% to $248.9 million in 2010-11, Constantinou lies awake at night wondering how to keep high performing-managers striving for improvement.

In a recent article on the subject of complacency, the founding director of the INSEAD-PwC Research Initiative on High Performance Organisations, Jean-François Manzoni, wrote: “Too many organisations I work with possess all, or at least most, of the financial and non-financial data they need, but have difficulty facing reality. The few individuals trying to draw the group’s attention to dissonant information meet tacit, and sometimes even explicit, unwillingness to accept this information and discuss its implications for the organisation.

2. Anticipate what is needed to keep your company performing, both internally and externally, and go after it immediately

BHP Billiton’s chief executive, Marius Kloppers, has presided over the company’s record profits, including $31.8 billion in 2010-11. Yet in September 2010, Kloppers warned against getting complacent about the mining boom, saying “infrastructure, immigration and tax policies” would be critical to Australia’s fortunes. In a speech to the Australian British Chamber of Commerce, Kloppers pressed his case by pointing out BHP’s value to the economy: “While there was understandable focus on our profits, there was not as much focus on what the company returned to Australia.  For every $1 of Australian profit, BHP Billiton put $1.30 back into Australia.  We did this by committing $8 billion in capital investment, paying $5.5 billion in taxes and royalties and returning $1.9 billion in dividends to Australian shareholders.

And, at the same time, we employed more than 40,000 staff and contractors in Australia.”

3. Focus on knocking off a competitor. Harness the hate

Nine and Ten now have something that Seven doesn’t have: a burning desire to fight back and knock the incumbent off his perch. That is part of what drove Apple’s ascendance – the desire of CEO Steve Jobs and his executive team to prove that they were right, the board was wrong, and that they had the capacity to knock software company Microsoft and mobile maker Nokia out of their dominant positions.

Manzoni points to the Virgin Atlantic’s depiction of itself as an aggressive “villain” in its competition against British Airways as highly successful.

Kevin Eikenberry, a leadership expert and author, on his website, Leadership & Learning, says: “You can combat complacency with creative competition. Create ways to help people compete against themselves, or against the goals they surpassed last year. Allow teams to compete (though not in a destructive or disabling way) with each other in seeking common goals. Define an outside competitor as the source of your energy and effort.”

If you let them, shareholders, staff and customers will tell you where you are going wrong; even more so in the world of social media. While some companies are busy trying to block criticism, others are listening and changing. Computer maker Dell is an example, says Manzoni. Its founder, Michael Dell, goes onto the chatrooms and newsgroup (Usenet) forums to search through the chatter for feedback that he can use to improve customer service or his products. New hires are another excellent source of constructive criticism, if given the chance, Manzoni says.

IBM’s famous decision in the 1980s to stay focused on its mainframe business and not to develop personal computers illustrates the complacency issue. Subsequent decades have proved the decision ridiculous, but the executives at the time no doubt argued that the company needed to stay focused. In fact, they might have simply been too comfortable.

According to business coach Dan Foster, it’s easy to mix up contentment and complacency. Foster says contentment occurs when “you are at peace with your current reality because it is in alignment with your purpose and vision, and you are moving towards that vision. You are working on what you can and need to change, and you understand and adapt to the things you cannot change.”

Meanwhile, he says, complacency is “a feeling of quiet pleasure or security, often while being unaware of some potential danger”.

“This means you feel peace about your current reality and the results you are achieving, but you are not open to making adjustments, changes, or improvements that will help you face the potential danger ahead of you.

“You believe that change or improvement is not needed because things are good enough the way they are.”

Or, as Robbie Cooke, the chief executive of Wotif, told LeadingCompany recently: “It is important to stay paranoid in a good way.”