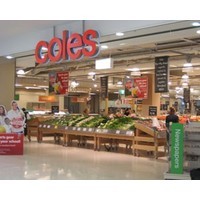 Consumers are becoming less loyal as they put more focus on getting the best possible deal, and become more willing to shop around to get it.

In response retailers have turned to loyalty programs in an attempt to encourage consumers to shop exclusively at their stores with the revitalisation of FlyBuys the most recent example.

Given that groceries account for a large share of household expenditure and the relatively homogeneous product offerings the groceries category is very susceptible to disloyal behaviour.

That has resulted in a battle between the two heavyweights – Coles and Woolworths – and Coles is hoping the revamped FlyBuys program will gain the favour of shoppers.

A less visible benefit to Coles is the data the chain can gather from FlyBuys members although it remains unclear how sophisticated this data collection is.

At its simplest level loyalty data such as email and home addresses can be used for direct marketing activities such as sending out catalogues and promotions.

At its most sophisticated level that data can be used to identify purchasing behaviours of the overall membership base, such as products commonly purchased together (such as pasta and pasta sauce) and the impact of promotions.

That will be of most use to Coles, allowing the supermarket giant to formulate strategic and promotional decisions that suit the largest number of shoppers rather than specific individuals. That said, it is relatively unlikely that any detailed information about individual members will be gathered or used in any meaningful way.

One of the most ingenious elements of the FlyBuys program is that 16 million cards have been sent to eight million households and that mail-out solves one of the major challenges of any loyalty program – getting people to sign up for a card.

In most other instances loyalty programs require a pamphlet to be filled out in-store or at home and then often activated online before a card is issued.

That creates problems for the retailer because staff must ask shoppers if they would like to sign up for the program, which can be a time-consuming and inconvenient task.

In contrast for the FlyBuys program eight million households will shortly have two cards and many who don’t receive a card will want to find out what they are missing out on and sign up themselves.

But for retailers loyalty does not come free with Coles putting a lot of focus on promoting the range of benefits consumers will receive in exchange for such loyalty.

One of the main focuses of this promotion has been on the new 1 point for $1 element that replaces the previous 1 point for $2 calculation.

A consideration of the new rewards list, which became available yesterday, shows that the points required to redeem products have been increased accordingly but not to the same extent.

In the short term the greatest value of the program will come to those FlyBuys users who regularly make large grocery purchases.

They can reach the $50 discount minimum and allocate their My5 – which allows shoppers to choose five products to receive a 10% discount when they spend $50 or more in-store – to big-ticket, frequently purchased items. Getting 10c off a weekly $1 loaf of bread is not going to generate a lot of savings but higher priced items such as meat and dairy will generate more significant savings.

But those benefits will be relatively short-lived, with the My5 program set to finish on October 31. The supermarket will be hoping that by then shoppers will have experienced enough discounts that they have developed a positive feeling towards shopping at Coles and will remain loyal despite no longer receiving the My5 offer.

Thats end date (almost exactly six months after the program’s launch) provides Coles with a test window and a chance to review or update the program depending on whether it has had the desired effect, and most likely to tailor a response to Woolworth’s inevitable retaliation.

Coles hase clearly tried to appeal to the value-conscious consumer with its revitalised program. The amount of interest and discussion generated could be called a success from a promotional standpoint and will certainly bring customers into Coles in the short term – out of curiosity if nothing else.

The My5 scheme will appeal to a lot of families looking to save on most regularly purchased items but could backfire if those discounts are no longer available after October and a suitable replacement scheme is not offered.

By responding to Woolworths’ Everyday Rewards card in such a big way Coles has taken back the upper hand – at least for the time being – by getting people talking about their brand and their new program while families receive new cards which are ready to use.

The long-term benefits that provides to Coles will only become apparent after the inevitable retaliation from Woolworths. Either way smart consumers should be able to find themselves some useful benefits and savings from the new FlyBuys program – in exchange for a little loyalty of course.