For smart people, the good times are the bad times 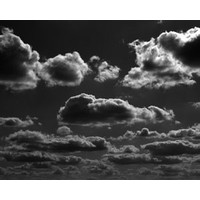 You would think we have been through enough business cycles for people to learn some basic principles of financial management and yet I see people (including governments) making the same stupid mistakes that have caused so much damage in the past. Good times create opportunities to prepare for bad times. That is so simple and yet this simple principle is more often observed in its breach.

There are businesses and governments and all sorts of other institutions that get carried away in the euphoria of good times and spend money as though business cycles do not exist. What is worse is that they spend other people’s money in the way of borrowings.

Businesses that stay focused on these critical aspects of success also understand the importance of a strong balance sheet and avoid stupid expenditure such as acquiring aircraft for personal use or leasing the latest Mercedes-Benz which contributes nothing to the competitive position of the business.

When the bad times come, the organisations that have been frugal and have only invested in improving their competitive position while putting something away for a rainy day have enormous advantages. For instance, in the GFC, Commonwealth Bank had a strong balance sheet and could put together a stack of cash to buy out BankWest at a fire-sale price. BankWest, on the other hand, had to roll over.

The success of any organisation is dependent upon achieving a competitive advantage and the ability to do that is eroded by flippant financial management in the good times. Downturns in the business cycles extend great opportunities to the organisations that have handled the good times prudently.

If the politicians in Greece, Spain, Italy and Ireland had taken this simple principle on board, they and the world wouldn’t be in the mess we are in today. If America had thought twice about sending its young men and women to war in Iran and Afghanistan, its balance sheet would look a lot better.

It is downturns in business cycles that those who borrowed in the good times, need to borrow more in the bad times but find that unless they are “too big to fail”, there is no taxpayer bailout for them and the banks have closed their doors. These organisations are then the prey to the prudent who have handled the good time so well.