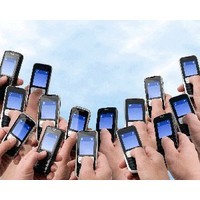 Mobile technology presents marketers with a tantalising proposition. For many of us, mobile devices are essentially extensions of ourselves – we try to ensure that they’re always within reach, and we panic when they’re not. And mobile phones are now globally ubiquitous, transcending economic and social boundaries.

Tapping into this ever-present and intimate consumer channel at such tremendous scale seems like it would be a no-brainer for marketers. But the marketing resources spent on mobile pales in comparison to the time consumers spend with their devices. The opportunity is clear, but how to seize it is not. Many organisations are unable or unwilling to even give mobile a serious effort. The same skepticism that led companies to miss the boat on digital is now at risk of keeping them on the sidelines of mobile.

The key reason behind this hesitation is the speed at which mobile has reached scale, coupled with the unrelenting pace of disruption in the mobile ecosystem. Consider this: it took 38 years for the radio to reach an audience of 50 million consumers, 13 years for television and four years for the internet – but only two years for the iPhone. It’s daunting for companies to keep on top of mobile given how fast the marketplace is changing and how, as a result, consumer behaviour is shifting. Even more challenging, especially for the value-driven marketer, is deploying a mobile strategy that moves the needle for the business in the short term, but also anticipates the future.

My consumer packaged goods company, Mondelez International, is bullish on mobile because it’s perfect for our particular business. Here are four ideas we’ve embraced as part of our core mobile framework. While many of these strategies are applicable to companies both inside and outside our industry, they won’t work for every business. All marketers must ask themselves what their unique mobile framework should be in 2013, and beyond.

1. Use the power of mobile-at-retail and rethink the impulse purchase

Since consumers carry them all day long, mobile phones have the potential to dramatically influence purchasing decisions and in-store experiences. By using location and behaviour-based cues, savvy brands can reach consumers when and where it matters most. This could take the form of a mobile-based deal on gum mapped to a consumer’s daily commute (a time when people are most likely to be chewing gum), or delivering a coupon for chocolate to a consumer’s phone while they’re in a long checkout line, engrossed in their phone instead of looking up at product displays.

2. Get in on the ground floor of mobile video

Globally, there is an increased demand for paid media, particularly TV, which is driving cost inflation and putting pressure on companies to reach the same number of people year over year. The growth of mobile video consumption, particularly music videos and movie trailers, has led to a larger mobile video inventory. This inventory not only lives in a sharing-rich environment (the Interactive Advertising Bureau recently found that more than 92% of mobile video watchers share the videos they consume), it is also much more cost-effective for the advertiser. In many markets around the world, companies have the chance to seize a first-mover advantage by investing early in this growing consumer touchpoint, much in the same way that firms that made scaled investments in TV advertising during the medium’s early years secured long-term cost advantages.

Like mobile, TV is highly scaled. However, market fragmentation, rising costs and changes in consumer viewing behaviour are driving down the overall effectiveness of TV advertising relative to other media. But all is not lost: research shows that connecting second-screen extensions for mobile devices to TV advertising can multiply marketing’s return on investment. There is a growing number of powerful second-screen technologies, such as the GetGlue and Viggle apps. It’s critical for companies to understand the benefits of second-screen technologies and capitalise on them now.

The monetisation of mobile can occur not only through e-commerce and paid apps, but also through in-app purchases. More and more brands are seizing the opportunity to create mobile experiences for their consumers. When done properly, these experiences are a serious improvement over traditional marketing and can actually boost the bottom line. We’ve seen this firsthand with the performance of our own app, “Twist, Lick and Dunk”, a mobile game that digitally reimagines the childhood tradition of eating Oreo cookies. Through in-app ads and purchases, where players buy virtual currency to unlock special Oreos, the app is on track to be cash-positive. In its first few months, it was downloaded nearly 2 million times and it has generated more than $50,000 in revenue.

Adapting to changes in the mobile landscape is a requirement for any competitive brand. But it’s easier to see into the future when you have a stake in building the innovations that shape it. The key to creating a successful mobile framework is not only staying a few steps ahead of the game, but also influencing how the game is played.

B Bonin Bough is vice-president of global media and consumer engagement at Mondelez International.