From enemy to saviour: Australia Post and the digital revolution 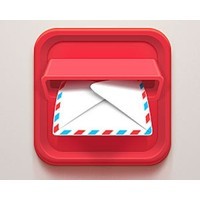 Letter writing is no longer a dying art; it is the dodo of digital evolution. So how does an organisation that has delivered snail mail since inception remain not only relevant, but profitable in the digital age?

Australia Post had no choice. It had to innovate. In 2010 it launched Future Ready, a project that restructured four key business units and which is responsible for developing new capabilities to reach customers.

At that time, managing director and CEO, Ahmed Fahour said: “The digital revolution itself is the worst enemy of our business.”

After seeing Karen Davies, the head of digital and direct marketing at Australia Post, speaking this week at a digital marketing conference, ad:tech, it seems to me Australia Post no longer sees the digital revolution as the enemy, but quite possibly the business’ saviour.

As the biggest physical network in Australia, the company has created products and services that bridge digital and physical technology.

It’s is all about monetising the “grey” space that exists between online and offline business activity.

Retail spending via the internet grew 26% in the 12 months to October 2012. Australia’s love affair with online shopping means that Australia Post’s parcel volume has grown by 10% per annum for the past three years.

One of the strategies is to meet digital demand with physical solutions. The company is in discussions with online retailers to offer better services, and has released “My Delivery”, which allows customers to reschedule or redirect deliveries.

Last year the Postcards app was introduced, allowing people to send postcards from an iPhone. It works by using a photo you have taken and converting it into a high-quality physical postcard, including handwriting-style font with a personal message. It delivers the postcard, for a fee, to domestic or international addresses.

Paper billing is declining, and Australia Post’s digital solution is Digital Mailbox. It was released in October last year as part of the government-owned company’s $2 billion investment in digitising its communications and mail delivery network.

Currently in beta, Digital Mailbox allows customers to digitally receive mail from governments and businesses and do their banking over a secure website. Companies that have signed up with the digital mail service include Telstra, AMP, Westpac, ANZ and National Australia Bank.

So how do you get people to send more mail? Turn digital goods into physical objects. An Australia Post product is personalising postage stamps. Using an online tool, customers can create personalised stamps for events such as birthday invitations, wedding invitations, baby announcements and Christmas cards. Alone, they are not huge money earners for Australia Post, but they are quirky digital/physical product ideas.

The digital revolution has changed how we do business, and change is now a constant. Australia Post has taken “innovate or die” seriously. The company is halfway through a five-year Future Project, and it will be interesting to see where the future lies.