Get a life: How to escape the trap of being overwhelmed 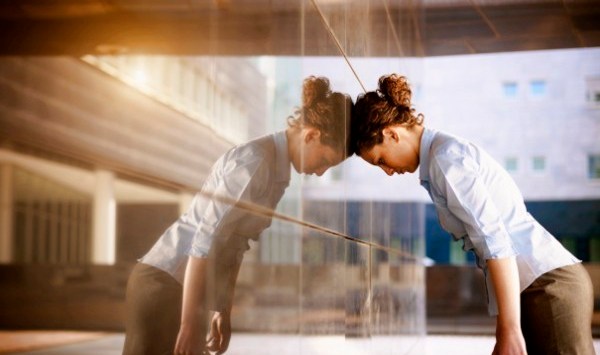 Many a small business owner starts their business because they want to feel that they are in control of their life. They envisage having their hands on the levers and setting their own course, rather than have their lives determined by the needs of a manager.

More often than not it doesn’t work out that way, and a few years into having started their business many owners wonder what happened to the dream. Their lives are controlled by the needs of their clients, their staff, the economy, the banks, the tax department or the weather. Crisis management is the order of the day, running from client crisis to compliance crisis to cash crisis and every imaginable crisis in between, small business owners are the first ones in the door in the morning, the last ones out the door at night. After the kids have gone to bed they sit down with the admin, the quoting and the bookkeeping.

Too much to deal with

In my experience of 30 years in and around small business I believe that most owners operate in a state of overwhelm most of their lives. Overwhelm is a state we are in when we feel ill-equipped to deal with the demands that are placed on us; we simply feel that there is too much to deal with right now.

Being in a state of overwhelm is unpleasant enough as it is, but the even bigger problem is that when our brains are in overwhelm we actually become less efficient and effective because we lose our ability to think clearly. In other words, when we get into a state of overwhelm the situation will tend to spiral from bad to worse.

Our default response to having too much on our plate is to push harder and work longer. The theory is that by pulling a couple of “all-nighters” we’ll get on top of stuff and life will undoubtedly get better at the other end. But it rarely does and before long, we become habituated to working all the hours that God gave us, and losing that sense of excitement and adventure we experienced when we first started the business.

Being overwhelmed is like being stuck in a trap and the way out of the trap is not to do more and dig faster. Digging just makes the hole bigger and deeper.

Toni had started her floristry business a couple of years ago. The idea behind the business is a really clever one and Toni had high hopes it would revolutionise floristry in Australia and potentially even the world. Two years in, she’d carved out a small niche in Sydney and sales were promising, but it wasn’t making money yet and Toni had invested a significant portion of her life’s savings. Toni started work each day at 4 am at the flower markets and never drew a moment’s breath until 9 or 10 pm, only to do it all again the next day. Toni was exhausted and frustrated and went to bed every night with a weight on her chest that was still there when she woke up at 3 am to do it all again.

Around this time I was introduced to Toni and we started working together. I explained to Toni that there is a paradox to getting out of overwhelm. The paradox is that the way out of having too much to do and think about is to do less. The overwhelm problem can never be solved by working harder and longer hours. Sometimes to get a job done effectively and to the best of your abilities, the thing to do is to go and sit in the sun for half an hour so that you will be in a better state to complete the task. The same goes for general overwhelm. You need to take time out, if not every day, then at least every week. Time to do the business development work, “The work of the business owner” as opposed to “The work of the business”.

It took a bit to convince Toni but we started by blocking out a single hour on Tuesdays between 10 am and 11 am. I impressed upon her that she was to do nothing that involved email, phone, social media, or other people at all. All I asked her to do was to get a notebook for these weekly business development sessions and write notes about the coming week and months. I asked her to focus on the big priorities, what was important for her, what could she put off, what could be delegated, what could be outsourced, what could be left altogether, what were the big opportunities and what were the big challenges.

It took Toni a few weeks before she started allowing herself to take this time every Tuesday. In the first week she only managed to turn off the phone and email for 20 minutes and felt incredibly guilty. The thought that her staff were left out on their own and that any questions from them would be left unanswered sent her into a tailspin. After only 20 minutes she couldn’t stand it any longer and connected back into her old world.

But Toni had a revelation. Because when she got back to her staff and the business after 20 minutes, everything was fine, or at least no different than it was when she left them 20 minutes previously.

The next week Toni managed half an hour and the week after that she got to an hour. And Toni noticed a shift in herself. She noticed that she was looking forward to Tuesdays and on Tuesday evenings, when she came home she felt lighter somehow. Incredibly she also noticed that not only did the business not suffer, but by week five it was clear that things were a little better, a little more efficient and a little more organised than they’d been for a while. Small changes, of course, but undeniable nevertheless.

Over the next few months I encouraged Toni to expand on the business development time and now, a year later, she has an hour every day where she can not be reached for anything that doesn’t involve ambulances or fire engines.

Toni’s business and life are now unrecognizable from what they were. Working after dinner only happens on rare occasions, Toni has gone back to yoga three times a week, most of Saturdays and all Sundays are completely work free, and the business has blossomed literally and figuratively; her staff are loving their work, her customers love her and Toni is loving the profit the business is set to make this year.

Here are six questions from my “overwhelm in business survey” that you can ask yourself to decide if you operate in a state of overwhelm:

If you answered yes to some of the first three questions and no to some of the last three, you might ask yourself if you are actually in overwhelm. If conclude that you are, I encourage you to take it seriously and start by blocking out some time every week for the true “work of the business owner”.

Only by addressing the overwhelm paradox will you be able to build a business that is fun and that sustains you for years to come… I promise you.