Why Gina Rinehart’s got bigger fish to fry 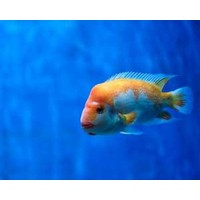 Since Gina Rinehart started her quest to grab seats and a bigger say on the Fairfax board, one question has puzzled me: does Rinehart really have the time and energy to spend trying to fix a broken company, when she has her own $30 billion empire to look after?

That question may have been brought into sharp focus over the last 48 hours.

First came BHP Billiton’s decision to can the $20 billion expansion of its Olympic Dam mine, which has led politicians, business leaders and economists to start questioning how long the mining boom has to run.

While lower commodity prices may reduce the amount of cash coming out of Rinehart’s mining interests (which are operated by Rio Tinto), the profits will keep rolling in. But Rinehart is also trying to develop her own iron ore mine in the Pilbara and coal mines in Queensland; BHP’s decision shows that it will become harder to prove that the economics of new projects stacks up.

A day after this timely reminder that the mining sector is becoming tougher came the staggeringly awful result from Fairfax Media, which lost $2.73 billion after announcing write-downs of more than $2.9 billion.

While Fairfax is scrambling to turn itself into a lower-cost, digital-focused business, the outlook delivered by CEO Greg Hywood underlined how big a task this will be.

In the first weeks of the 2012-13 financial year, revenue is running 10% below the previous corresponding period. And in a statement that will make investors wince, Hywood says he doesn’t expect things to really turn around until 2015.

In this environment, in a sector that’s being hit like media, three years is a very long time.

With these two announcements ringing in Gina Rinehart’s ears, it’s little wonder she tried to offload more than 100 million Fairfax shares, or 5% of the company, in a block trade yesterday afternoon.

The trade, which would have cut her stake from about 15% to around 10%, was not successful – no great shock given the financial result posted just hours before.