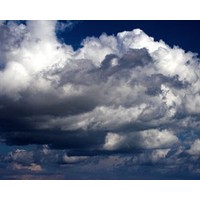 One of Australia’s leading bankers has urged businesses to start investing for the future despite the release of new figures showing Australians are now the least confident they’ve been in the past eight months.

Westpac economist Matthew Hassan also points out confidence is hovering around GFC levels, saying that while the future is difficult to predict with so many variables at play, there are certain factors that will keep sentiment low for the medium- to long-term.

“Some of the underlying forces at work here are medium- to longer-term processes, in particular the consumer caution causing the deleveraging of balance sheets,” he told SmartCompany this morning.

NAB head of business banking Joseph Healy said in a speech to the Committee for Economic Development of Australia yesterday this lack of confidence and investment among businesses is a “real concern”.

“It is critical that we consider the flow-on effects of a slowdown in business investment on the business sector, investor sentiment, the economy and the wider community.”

“What we want – and Australia needs – is a business sector that is looking to, and indeed ready for, the future.”

Healy said despite having high cash reserves – business deposits have been on the rise – no one wants to spend money as confidence wanes over international and domestic economic turmoil.

He said businesses need to remember the economy is fundamentally strong, or risk the ongoing effects of underinvestment. These effects, he said, “could potentially be profound”.

“We need to avoid the danger of being led by the headline statistics and getting trapped by a mindset of complacency,” he said.

“When businesses are less confident about the future, they are more careful in assessing the attractiveness of investments. They can become risk averse. This of course can become self-fulfilling, exacerbating the issues, and that is why confidence is critical.”

However, confidence among consumers is more of an issue, with the Westpac Consumer Sentiment survey showing Australians are the most pessimistic about the economy they’ve been in the past eight months – and the mood is no better than during the onset of the GFC.

Hassan told SmartCompany that although the bank believes there will be two more rate cuts in the next few months that will help some sectors of the economy, other factors point to a long-term recovery.

“This situation isn’t entirely clear. There are a number of factors that do appear to influence views around family finances,” he said. “We know the unemployment rate is one, along with changes in mortgage rates and sharemarket fluctuations.”

“What’s less certain is how people view issues around debt levels, petrol prices and the cost of utilities, and other more nebulous impacts around tax changes.”

Hassan says what is clear, however, is that rates of consumption and spending growth are set to be lower in the medium- to long-term future.

“It’s much easier to say the new normal is a slower-trend growth for consumption, and that we’re unlikely to see the booms we saw in spending over the previous 10-15 years. They are more likely to be muted or short-lived.”