Good strategy is only half the picture 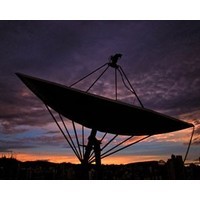 In the recent Labor leadership battle, Prime Minister Julia Gillard stated: “Government is about having the courage to get the big reforms done and the strength in adversity to ensure you stay focused and get the job done. I believe I have demonstrated those attributes as Prime Minister.”

You will no doubt have your own opinions on whether she has demonstrated those attributes or not – I won’t go there with this post.  What I do want to propose is that government is also about ensuring that those reforms are communicated in a way that people understand and connect with. Gillard admitted that she has made mistakes in not putting enough effort into ‘selling’ her big reforms.

There are lessons in this for current and would-be leaders. It is very well to have courage and strength to implement your new business strategy or organisational change, but if you do not have the ability to communicate that to your employees, your shareholders and the wider community, most likely you will fail in your attempts.

You can have the best strategy in the world but if you and your leaders cannot communicate this in a way that your people understand and connect with, your chances of success will significantly decrease. It has been, and continues to be, the reason most change efforts fail. And here is the tough bit: it is not a one-off communication. It should be a day-to-day focus for you and all your leaders in your company or team.

A few years ago I had the pleasure of interviewing John Stewart, who is the ex-CEO of The National Australia Bank Group. Stewart was known for his communication ability and seeing him first-hand on several occasions, I can certainly endorse this.

Stewart said: “I recall when I first became a CEO I thought that about 20 to 25% of my time should be taken up by communication. I soon started to realise that is was at least 75% of my time – and often much more than that.”

So as a leader you need the courage and strength to make the big decisions and implement those strategies, but you also need to ensure you get out there and communicate, communicate and communicate again.  Otherwise you may find yourself in your own leadership battle.