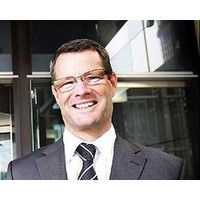 Supermarkets are a big cash business but their margins are slight, as illustrated by Woolworth’s annual results, released today.

CEO, Grant O’Brien, told journalists today that he was “satisfied” with the group’s result. He based that assessment on the underlying results for the group’s five divisions – supermarkets, Big W, consumer electronics (in India), hotels and home improvements – because overall the company’s results were down.

Net profit after tax fell 14.5% because Woolies wrote down the value of its Dick Smith stores by $420 million. Dick Smith is being sold by the group, but O’Brien could not put a date on the conclusion of this process, saying only that by writing its book value down to $20 million, the company could put the sale behind it.

With that in mind, total group sales from the company’s continuing operations (excluding Dick Smith) are up by 4.7%, to $56.7 billion, while net profit from continuing operations grew 3.6% to $2.2 billion. It is these staggeringly large dollar amounts (despite small percentage growth) that allow Woolies to provide a 126 cent fully franked dividend per share, a 3.3% increase on last year.

That is because Woolworths has built and opened a new Masters store every two and half weeks, an expansion rate that is “unmatched in the history of Australian retail”, O’Brien says.

That is the kind of big growth numbers that O’Brien needs to see somewhere across the company’s businesses.

For O’Brien, the big challenge for his high-volume, low-margin businesses is deflation. Catering to picky, nervous consumers meant an average fall in prices of 3.7% for the first half of the year, and, even worse, a 4.4% average price fall for the second half of 2011-12.

How to survive such a price war? “We have a strong core business in food and liquor; a cost focus is part of our DNA, as is a strong customer focus,” O’Brien says. To cut costs, Woolies reduced “shrinkage” – which is retail-speak for stealing and shoplifting – by 20%, bought more from overseas suppliers, and kept wages down in its stores.

And, after all this hard work, O’Brien’s outlook for the coming year is an increase in net profit of between 3% and 6%. At the low end, that is barely above inflation.

But hardware and home improvement is not such a low-margin, low-growth game. Bunnings, which is owned by Wesfarmers, also the owners of Coles, is a relatively mature business (although the division opened 13 new stores in FY 2011-12).

Bunnings delivered a 5.6% in revenue and a 4.9% increase in earnings before interest and tax (EBIT) for Wesfarmers.

Woolworths will be hoping for this – and more. O’Brien needs Masters to set a spark under his company’s results to lift them out of the low singles into the high ones, or more.

The Masters business is bringing “choice and excitement” to the home improvement category, O’Brien says. It has already established an online business, with a regular newsletter for subscribers.

The company set aside $100 million to spend on building its Masters stores for 2011-12, and O’Brien says not all of it was spent. This year, $80 million (net of the operating profit from five Danks home improvement stores) more will go on the Masters business to build and open another 17 stores.

The following year (2013-14) will see a decline in this start-up investment; it is then that Woolworths must see returns begin to flow to the bottom line.