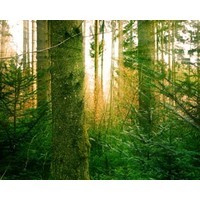 That’s the last time a Gunns shareholder traded the stock on the Australian Securities Exchange.

The company has been in a trading halt for more than six months, ever since billionaire New Zealand-born investor Richard Chandler decided against buying a 40% stake in the embattled timber company. At the time, Gunns conceded that it had probably failed to meet Chandler’s “social licence” criteria for investment – meaning in Chandler’s view the pulp mill lacked community and political support.

It was a severe blow for the company, which has since struggled to secure funding for a $2.3 billion pulp mill in northern Tasmania.

Gunns’ troubles, in recent years, have been many. Its former chairman, John Gay, was charged in December with insider trading. He’s accused of having sold $3 million in shares just before the company unveiled a 98% fall in half-year profits in 2009.

On August 6, the company said it would slash between $700 million and $800 million from the value of its net tangible assets. Its market capitalisation the last time it traded was $130 million.

And yesterday, the company announced it would convert 1.2 million “FORESTs” – hybrids it issued for $100 apiece in 2005 – into ordinary shares. The conversion will expand the number of shares on issues by 60%, meaning that when and if the shares do come back on market, their price is likely to fall even lower.

“You can only really feel sorry for the shareholders,” says Ben Le Brun, a market analyst at optionsXpress.

“If you’ve borrowed money from a bank or margin lender to buy these shares, you’d be in a lot of trouble.”

Trading halts are issued to stop a stock trading when its shareholders are not fully informed as to its situation, explains Tim Sheehy, the chief executive of Chartered Secretaries Australia.

“It’s not any sort of admission that there’s anything wrong. There’s just a risk that the market may not be fully informed. In those cases, it’s often best just to call a halt. That could be before they make an announcement, or because there’s a rumour circulating that may not be true.”

But a trading halt that lasts this long is extremely irregular, if not unprecedented in Australian corporate history.

“They usually last a number of hours, or a day or two,” Sheehy says. “A trading halt that goes for a month is rare.”

Asked if he could recall any halts that had gone on this long, Sheehy said he couldn’t. “That doesn’t mean they haven’t happened, but no, none come to mind.”

“I haven’t seen a halt of this magnitude in recent times. The only ones that come close are where stocks have gone into liquidation and been delisted.”

“It raises grave concerns about the value of the shares.”

Gunns is due to release its annual results tomorrow.  Earlier this month, the company advised its loss was likely to be between $50 and $150 million, reflecting its write-downs. CEO Greg L’Estrange will have some disgruntled shareholders on hand.

At the time of its last annual report, Gunns’ substantial shareholders were largely major investment banks. National Nominees Limited, owned by NAB, owned 21.95% of Gunns, but NAB and all its associated entities have since sold their shares.