Holden does it again: how the subsidy king fills its coffers with taxpayer cash 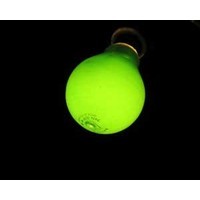 You’ve got hand it to General Motors, the makers of Holden. Their success in garnering taxpayer dollars is breathtaking. Their latest score announced today – $275 million from the Australian, Victorian and South Australian governments – will keep the company’s Adelaide assembly plant going for the next decade.

Australian car makers are experts at getting subsidies and grants from governments. And so they should be.

Increasingly, company boards are insisting that their executives dip their snouts in the public trough if they are entitled to do so, says Adrian Spencer, the chief executive of GrantReady, a consulting company that helps companies find and apply for government grants.

“There are 650 grant programs,” Spencer says. “Boards are seeing it as a governance issue because government grants are just another income stream. They are asking management to map out funding options available to them.”

To keep the board happy, and help yourself to government funds: