How a staff survey changed managers at energy company Infigen 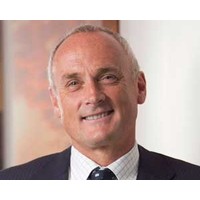 The past 12 months have been different from other years, for the 200 staff of listed wind energy company, Infigen (ASX: IFN). That’s because a year ago they got the chance to have their say about the leadership of their company. That had never happened before – not by way of a formal, anonymous staff survey – and it changed the leadership in significant ways, says CEO Miles George.

Speaking to LeadingCompany after yesterday’s annual general meeting, George described how the response from staff – 65 in Australia and 130-odd in the United States, where Infigen also has a solar business – led him and his leadership team to re-think their approach. George discovered that his staff of passionate, motivated Gen Ys had a lot to say on how the company could be improved. “We’ve conducted staff surveys to provide feedback on things staff like and don’t like and tried to respond. We have just done our second one, and we try to act on that feedback to demonstrate we are listening, and to make improvements.”

A difficult time to listen

It’s not an easy time for the company to take on more change and criticism, even if George deemed it to be for the better.

For renewable energy companies, the past few years have been trying, with frequent changes to regulations, grant programs, business opportunities and levels of community support. George says: “This is probably true for other sectors as well as renewable energy, but I find I need to focus more and more on external issues and factors, stakeholders, because of uncertainty from the government and legislators.”

The wind sector has vocal critics in the community and in government: changes to Victorian government rules about the proximity of wind farms to communities has halted all new wind energy projects in the state. “We are talking, not only with government and opposition, about their policies,” says George. “There is a lot of advocacy in favour of renewables, but we have relatively tiny but noisy groups that oppose wind energy for various outlandish reasons that are very effective in getting press coverage. There are a lot of untruths that need to be dealt with.”

That kind of uncertainty scares off investors and bankers, and the high upfront cost of wind farms means Infigen is more highly geared than companies in other sectors, and George is under constant pressure to keep costs lean ­– particularly operating expenses.

However, George and his six direct executive reports know their workforce delivers them a competitive advantage. They are passionate advocates of the product Infigen sells: renewable wind energy. “Our team is incredibly passionate about renewable energy,” he says. “We benefit from having people in their 20s; they have really added a lot to the vigour of our business. We spend a lot of time trying to encourage innovation from that young and passionate team.”

The staff survey was an effort to harness that enthusiasm, and to give staff a greater sense of power over their careers.

Among the responses that came back, one stood out: the need for personal development, both at the front line and at the management level. “We took that on board, and now we encourage people to individual look for technical of financial courses at uni or TAFE, to think about their self- development – and we obtained commitment from our board to fund things that are, at least vaguely,  relevant to our business,” says George.