How ACP execs can win global opportunities at Bauer 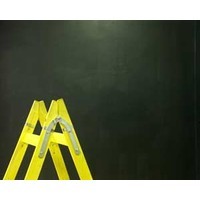 Yesterday, ACP chief executive Matthew Stanton and publishing director Gerry Reynolds were powerful leaders at the top of their organisation.

Today, ACP’s executives are small cogs in a global media group many times their size. Bauer Media Group, with revenues of over $2 billion and run by a 35-year-old German heiress, owns 400 magazines worldwide.

There are career opportunities aplenty whenever a global company buys a local one, but local executive must first survive the inevitable post-acquisition review, say career coach, Kelly Magowan. “They are going to assess the talent, their capability and look for duplication,” she says.

Nick Waterworth, managing partner of Waterworth Search International, says it is naïve to think there are not threats if your company is taken over. “The acquiring organisation is focused on extracting value, and that quite often involves cost-cutting. They are also focused on managing risk and one way is to put in their own people, who are known by them.”

Leaders in the target company, ACP in this case, need to immediately review their own career goals and see what opportunities, if any, the acquisition offers them. They also need to be ready to lose their job without taking it personally. “They are going to get rid of whoever they want to get rid of,” Magowan says. “You might be you have wrong skill set and it doesn’t matter what you do; you will lose your job. That is nothing to do with capability and likeability. You can’t take it personally. Who knows what their strategy is.”

There is a window of opportunity for executives who use their time wisely to secure a role, and find opportunities for advancement in such situations. For one thing, Waterworth says, most executives will keep their positions in any changes: well above a 50% chance. “They can’t let 50% of executives go by any means.”

An experienced acquiring company will realise that it needs to make an effort, quickly, to welcome the target into the fold or risk losing talent, Waterworth says. “When acquisitions don’t go well, the reason is that they didn’t spend that time or they rape and pillage too much or leave it too much alone. It is all about communication.”