How ASOS is dominating Australia 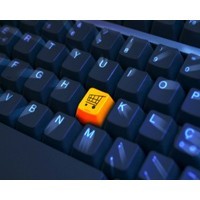 ASOS is flying nearly four full jets worth of clothing to Australian shores each week, with its latest international sales results up 39% for the first half of the financial year. Its international sales now total $320 million, while total sales have increased by 34%.

The company now has 6 million active customers worldwide, up from 4.3 million in 2012, with Australian shoppers placing orders with the online retailer every six seconds.

ASOS chief executive Nick Robertson says in a statement the retailer is continuing to invest in all aspects of its brand to drive growth.

“We are already seeing the benefits of this investment across all territories with increased customer awareness, increased shopper frequency, higher conversion rates, more items per basket and strong sales growth,” he says.

With such a huge focus on Australia, ASOS is obviously making a few right steps. SmartCompany talked to retail expert and Bentley’s partner David Gordon about the company and what’s making Australian shoppers spend their dollars with the overseas retailer.

Gordon says the primary reasons shoppers are turning to ASOS is its product offering – it simply has everything a fashion fan could want.

“One of the key success drivers for these online fashion retailers is the width of styles and products that they offer. It’s quite hard for Australian retailers and online retailers to ensure that they have adequate width of range and depth of stock.”

Gordon says ‘the local guys’ are limited because they have to ‘take a punt’ on what they think will be in fashion and guess what will sell and what won’t, prior to the season.

“Most Australian wholesalers or suppliers require an indent order from their retailers prior to the products even being manufactured.

Gordon says ASOS is attractive to Australian consumers not just because of the wide range of products, but because they come from overseas and are often different to what can be found locally.

“Australian online apparel retailers basically sell all the same things. One of the things they could do to improve is to could source more internationally, so they’re not at the beckon call of the local suppliers,” he says.

Gordon points out Australian online retailers are currently too bound by the constraints imposed by suppliers, but this relationship will have to change.

“Essentially, what’s going to happen locally is the suppliers are going to have to understand the success of the industry within Australia will require a stronger relationship between them and online retailers. Alliances will form and those alliances will determine the winners in terms of online retail,” he says.

Gordon says as well as selling a variety of brands, ASOS have created its own brand which has given it greater control.

“ASOS also has its own label which they produce themselves, so they’re totally in control of pricing, quantities and promoting it online,” he says.

Australian consumers like being able to go to one place and find a range of products to match their needs. Gordon says the success of ASOS shows “people would prefer to go onto a site with a massive range”.

“Now that the online market has matured, it’s become a bit of a chore for consumers to prowl through the web looking for what they want.”

“The sites with the biggest variety will attract people first,” he says.

The flexibility of ASOS’s returns policy is appealing to Australian consumers. ASOS allows all customers to return for a refund or exchange products free of charge for the first 28 days and covers consumers the shipping costs.

“The issues of customer service and the flexibility of the return policy is just so important,” Gordon says.