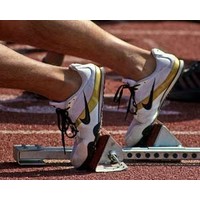 Every weekend, Roy Morgan calls 1200 people and asks them about brand associations. Which brands do they associate with the Olympics; which with the Australian Open?

The ongoing survey, which interviews over 50,000 Australians a year, is used by Australia’s largest corporations. It’s one of several ways they measure whether their sponsorship of high-profile events is worth the money.

Its most recent results, about brand associations around the Olympics, are intriguing. All of the four most associated brands, Qantas, McDonald’s, Coca-Cola and Visa, are official sponsors of the 2012 Olympics. They coughed up millions of dollars for the opportunity.

Nike was the fifth most highly-associated. Nike was not a sponsor; Olympic organisers went so far as to ban volunteers from wearing Nike shoes to ensure maximum value for Adidas, the official sponsor, and yet, Adidas came eighth in the survey.

Why brands sponsor large events, and how can they tell if it’s worth it

Sponsoring the Olympics costs millions of dollars, but companies often think it’s worth it, says Simon Rowell, the CEO of Brand Intellect.

It’s about credibility through association with the Australian Olympic team, he says. It also can also give brands easy access to Olympic athletes in their advertising. For example, the Commonwealth Bank used Australian Olympic gold-medal swimming hope James Magnussen in its ads.

When it comes to large-scale events such as the Olympics, sponsors don’t necessarily look for a natural fit. Companies such as Coca-Cola and McDonald’s, for instance, are important Olympic sponsors.

“I think that they just want to be associated with the event rather than anything else. They’re not too fussy in the events that they do sponsor,” Rowell says. “It’s not really about the event; it’s about the audience.”

However, going on the Roy Morgan figures, Rowell says there are questions about the effectiveness of the latest round of Olympic sponsorship.

“Even with Qantas, who came first in the survey, the numbers are very low. Only 5.4% of people associated Qantas with the Olympics, and that was the highest number. That shows the message isn’t really cutting through – people are confused as to who’s advertising during the Olympics and who is actually a sponsor.”

“If I was spending that sort of money, I would probably want to see higher association figures than that.”

Surveys on brand associations are one of several tools used by corporations to measure the effectiveness of their sponsorship, says Andrew Hughes, a professor of marketing at the Australian National University.

“You’d do surveys looking at brand awareness, brand liking – whether people like your brand more or less – and the final one, brand preference.”

Most of the bump in all measures from sponsorship can be seen in the lead-up and during an event, so it’s possible to measure the increase in these metrics around the time of an event.

Social media has increasingly been providing another avenue for the measuring of marketing effectiveness, including sponsorships.

“But when people make comments, they’re engaged. It’s a very effective tool, especially for qualitative assessments, which weren’t as cheap before social media.”

Rowell says often sponsorship isn’t just about sales, but can be pursued for its political benefits.

“In your corporate relationships, for instance, you could leverage a sponsorship by taking clients to the event to build relationships. Or you could boost your relationships with governments as you’re seen more positively for sponsoring something that’s in the national interest.”

Hughes thinks this is probably the reason behind McDonald’s sponsorship of the Olympics.

“For McDonald’s it’s about a healthy image. If you can make a connection in people’s heads between elite sports and McDonald’s, it encourages them to think of McDonald’s as being healthy.”

Of course, major sporting events aren’t the only events that attract a broad audience and sponsorship.

“In business event sponsorship, there’s generally a longer lead-time,” Rowell explains. “You can get up to 12 months of benefits, meaning your measurement period would be a lot longer.”

In business events, sponsorship can be about being seen as a good corporate citizen and member of a community. Or it could be about softening your image.

“If you’re an oil company, for example, you might sponsor things as part of your corporate social responsibility commitments,” Rowell says.

The most effective sponsorship campaigns stretch out the association

George Pesutto, general manager of media and communications at Roy Morgan, is in a unique position to compare the effectiveness of different sponsorships over time.

“Questions surrounding sponsorship are ongoing,” he explains. “When we ask if people associate a particular brand with the Olympics, we ask that every weekend. We can see the changes. We can see how some companies successfully ambush these events. We can see it played out in the data.”

What comes out of the data, he says, is that sponsorship is not an effective investment if companies don’t stretch out their involvement with an event. “If you make an investment in a major event like the Olympics, your investment cannot start and end with the window of the event. You need to protect that somehow.”

Some companies sponsor sports stars, rather than events, which is cheaper and possibly more effective. “The thing that Nike and other companies do very well is they actually tie up the people who become the ambassadors of the sport. If you are clearly associated with Cathy Freeman, when she is outside of the event, you are still using that asset to promote your association.”

If you do it right, an association with an event can last a long time, Pesutto says.

“A company like Garnier (part of L’Oreal) was getting associations with the Australian Open that built up over several years. You could see it loud and clear in the data at the time of the Australian Open, but then it would drop off, then it would build up again the next time it came around, and not drop off nearly as fast. Over time it became embedded in people’s minds. At its height, Garnier were getting better value, according to our data, than Kia, the major sponsor [Garnier was a sponsor, but not a major one]. They were very clever both at and after the event.”