How bringing in skilled workers creates jobs for Australians 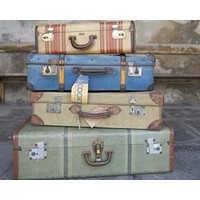 Whether the 457 visa system is open to rorting is the focus of much debate – but it’s not the important question.

There appear to be plenty of safeguards in place to ensure that business has to jump through lots of bureaucratic hoops in order to bring an overseas skilled worker to Australia.

However, one thing is clear. The 457 visa program is not significantly increasing unemployment.

There were 125,070 workers on 457 visas in Australia in the 2011-12 financial year. This is less than 1% of the Australian workforce. So even if the 457 visa program resulted in a one-for-one ‘loss’ of jobs to local workers the effect would be to raise unemployment from 5.4% to about 6.2%. This would be undesirable, even though a 6.2% unemployment rate would be greeted with joy by most European countries.

But the 457 visa program does not have a one-for-one effect on unemployment. Indeed, it is quite likely that the program reduces unemployment in Australia and creates jobs.

How? Well the overseas workers who are employed under 457 visas have to live here. They will eat, drink, buy entertainment, buy clothes, run a car, and so on. In other words, they have to be part of our economy. And every time a 457 visa worker spends a dollar, that is an extra dollar of demand for things that we sell in Australia. And that makes jobs for other Aussies.

So what is the net effect? About a decade ago, the Melbourne Institute looked at ‘working holiday makers’ (WHMs) and their effect on the Australian labour market. Their conclusion?

In other words, the working holiday visa scheme probably led to net job creation in Australia. The WHMs not only had jobs but they spent their earnings, and that created more local jobs.

Now, WHMs are different to skilled workers, and it can be argued that they take ‘undesirable’ jobs and tend to bring funds into the country. So the WHM effect may be higher than the skilled migrant effect.

However, the WHMs can directly “take” local jobs. A 457 visa applicant can only gain a job where there is no appropriate local worker. So it could be argued that 457 visa applicants will have a more positive jobs effect than WHMs. They fill jobs that would otherwise be vacant, and then spend their wages creating more jobs.

Of course, this is only one effect. Having overseas skilled workers also improves the quality of what we produce in Australia.

By bringing in skilled workers from overseas, the 457 visa system improves the quality of the services Australians receive. This is particularly the case for healthcare and social services, the areas with the biggest intake of 457 workers. But it applies to all areas of our economy.

If the 457 visa scheme provides significant economic benefits, why is there a debate about ‘tightening up’ the scheme instead of expanding it?

Unfortunately, the debate reflects political opportunism, not economics. By creating a false picture of “job-stealing foreigners”, our politicians hope to stoke our fears to their own advantage.

Instead of recognising the employment and productivity benefits that Australia gains from overseas skilled workers, our politicians are creating a scare campaign. This may be good politics, but it is very bad economics.

Stephen King is a professor of economics and former dean at Monash University.