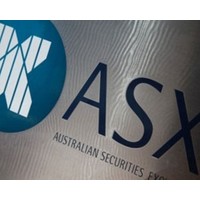 For the past few years, there’s been little appetite on the part of investors – institutional or retail – for backing the debut of a company onto the Australian Securities Exchange, known in market lingo as its initial public offerings (IPOs).

This year, this state of affairs hasn’t been helped by a few false starts. There was a fair amount of speculation chicken company Ingham Enterprises would list this year,  but instead it was bought out by private equity at the weekend. And among the companies that have braved the sharemarket, there have been some terrible high-profile outcomes, such as Facebook in America, which has fallen from a listing price of $38 to $28 (at worst it was $19 in August 2012).

But institutional investor sentiment is changing, according to new global research from accountancy giant Ernst & Young. The report, released yesterday, found institutional investors are increasingly willing to invest in IPO stock, and have been doing so at far higher rates over the past 12 months.

More than four in five (82%) of the 300 institutional investors surveyed – investment banks, super funds and other financial institutions – have invested in an IPO over the past 12 months – up from less than one in five (18%) when Ernst & Young did the same survey last year.

The data was global, but Ernst & Young Oceania transactions advisory leader, Graeme Browning, says this holds out in Australia as well. He says this is highly encouraging for companies looking to list in the next few months.

One outcome of the dearth of IPOs in the past four or five years has been a build-up of companies keen to list that have been waiting for the market to thaw, Browning says.

“The interest is high – there’s a lot of talk about IPOs in the market, especially given equities have been so strong.”

These companies could now have a chance, given many analysts are predicting the market for IPOs in Australia will “open” from October this year.

But the appetite for new IPOs may not last long; it’ll depend on how successful the early movers in the Australian IPO market prove to be. “It could be a short burst, or a longer opening. The best companies will be ready to go public when the window does open,” Browning says.

“Do you want to be the first or last in a particular cycle? Well, that depends on whether or not you’ve done the hard yards yet. My advice to clients is not to go public too early. You need to invest time so that when you do go public, you’re ready for it.”

IPOs take a long time to plan for, meaning those who are ready to go later this year will have been preparing for months. Some companies take up to two years. This isn’t surprising when you consider all the things that need to be done to get a company ready for listing.

“In my experience, companies tend to underestimate how long it takes,” Browning says. “Running a good business as a private company, plenty of people think moving to a public company should come pretty easily. But it rarely works smoothly.”

The IPO itself can be highly distracting for management teams, not to mention employees. It takes months to prepare a prospectus and talk it through with potential investors. And that doesn’t stop once a company goes public. Instead, this new outward focus becomes the norm for the business.

Public companies also have to produce financial information in far more detail and far more regularly than private ones, which can take time to build into business operations.

An IPO checklist: What you need to succeed