How Cochlear is wooing shareholders back to the fold 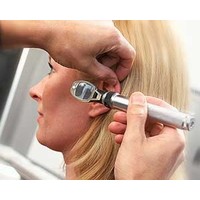 Today, the ear implant company and Australian success story, Cochlear, had some hearty half-year financials to warm the hearts of investors.

Unit sales were up 27% to record levels, and its first-half revenue of $391.7 million was also a record.

Net profit after tax for the half was $77.7 million compared to a loss of $20.4 million for the previous corresponding period.

CEO Chris Roberts told the story of a special Cochlear implant recipient, 15-year-old Afghan education campaigner, Malala Yousafzai, shot in the face by members of the Taliban opposed to her views. Following cranial reconstruction and a Cochlear implant, Yousafzai held her first interview, explaining that she was getting better every day.

Good news. And much needed. Cochlear shareholders were not happy last year. Last year, Cochlear had a product recall that cost $100.5 million and decimated its $80.1 million net profit.

It sounds like a day that would win shareholder support, but the share price fell 7.8% since the announcement.

Analysts had expected more than $80 million in profit, according to Bloomberg. The company also revealed falling market share in Europe, the Middle East and Africa.

In 2012, Cochlear had the dubious honour of being the first big company to receive a “first strike” – a vote by more than 25% of shareholders against the board’s remuneration report. Institutional shareholders were particularly unhappy with Roberts’ remuneration, which included share options.

Roberts spoke plainly about the importance of today’s announcements. “It is an important half for us,” he said in a press conference. “That is not just because we hit certain milestones, and because it is the 30th anniversary of the first commercial Cochlear implant, but because it is 12 months since we recalled the implants, and you can get a sense of how we have managed the challenges.”

Sales were up 9%, but the appreciating exchange rate for the Australian dollar, particularly in Europe, meant the revenue was up by only 1%. Likewise with net profits – the exchange rate took $20 million off the net profit result, Robert explained. Net profit was down 3% from last year’s pre-recall figures of $80.1 million.

At last year’s AGM, the board took the heat out of shareholders’ anger over remuneration by announcing a review, which is being conducted by CRA Plan Managers. Asked if the board had scheduled a release date for the review, the chief financial officer, Neville Mitchell said: “At the AGM, the chairman flagged an ongoing review, and that is still being undertaken.” There is no scheduled date for the review to report.

The company committed 15% of its revenue to R&D in the first half – a remarkably high figure for Australian listed companies. Roberts spoke enthusiastically about the company’s “pipeline” of products, but said the R&D budget also provided the company with a way to shore up profit results.

“You can grow R&D at a slower rate than the top line and let that differential fall to the earnings before income and tax,” he said.

Despite today’s slide, the company’s share price has been rising inexorably back to highs of more than $80 in May 2011, a remarkable recovery from it plummet to just over $52 in the wake of the recall in September 2011.

Although shareholders appear miffed by the size of the profit result today, the long march up the charts suggests that it is a temper tantrum rather than a desertion.

Roberts said there is no date to return the withdrawn product, the Nucleus C1500, to sales. He said he wanted to shift its production to the company’s most modern production plant.

Analysts are, on average, advising a wait and see: seven rate it as a hold, six as an underperform, one as a sell and one as a strong buy, according to Thomson/First Call data.