The real fallout of the GFC: four insights 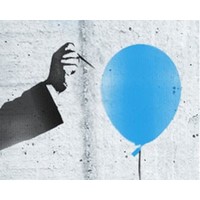 In September 2008 the sudden collapse of the investment banking sector in the US would propel much of the world – especially Western economies – into the worst economic recession since the Great Depression of the 1930s. Indeed, the period since mid-2008 is often described by economic commentators in the US as the “Great Recession”.

Australia, however, is one industrial economy that seems to have been left relatively untouched by the economic turmoil experienced elsewhere in the world. Output growth did contract quite markedly in 2008 but, with the exception of the last quarter of 2008, still managed to remain in positive territory. Further, while the official rate unemployment rose by almost two percentage points – from 4.1% (seasonally adjusted) in August 2008 to 5.9% in June 2009 – this pales into comparison with the double digit rates experienced in the previous two recessions of the early 1980s and early 1990s.

The benign effects of what is usually known in this country as the Global Financial Crisis, or GFC, are very apparent in the latest statistical report describing findings from the first nine waves of the Household, Income and Labour Dynamics in Australia (HILDA) Survey, released today.

The HILDA Survey is a longitudinal survey, and has been tracking the lives of around 13,000 Australians since 2001. It is thus well placed to identify how lives changed following the economic turmoil of 2008.

While the coverage of the HILDA Survey is extremely broad, there are perhaps four key findings that that can be distilled from this latest report.

First, and in line with evidence from cross-section surveys, while output continued to grow, employment was adversely affected. This is most obviously reflected in the rate of job dismissals which rose noticeably in wave 9 of the survey (conducted in late 2009, and hence just over one full year after the crash in global financial markets) – from 3.5% in 2008 to 5.4% in 2009. The annual re-employment rate among this group also fell, albeit only modestly – from 64% to 59%.

Furthermore, the types of workers most affected, as measured by the change in dismissal rate, do not appear to be the usual suspects (that is, relatively lowly educated, low-skilled workers in part-time and casual jobs). Instead, the types of workers most affected were more likely to be full-time workers in relatively skilled occupations and in the prime of their working lives (25 to 44 years). However, the data also suggest that workers with these types of characteristics were most successful in securing alternative re-employment. This thus helps explain why the increase in the official unemployment rate was relatively modest.