How to build a business on the world’s poorest continent 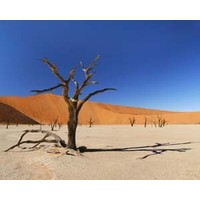 As a native of Sudan who has spent most of my adult life in the West, I’ve always been aware of how ignorant Westerners can be about Africa. But every so often someone says something that manages to surprise me.

One such conversation took place in 1998. I was running MSI, a software and consulting company in the UK, and I regularly worked with the world’s biggest telecom companies. To me it was obvious that huge opportunities existed for those companies to develop mobile communications in Africa. One day I pulled aside a senior telecom executive and urged him to apply for a licence in Uganda, which was seeking assistance. He said, “Mo, I thought you were smarter than that! You want me to go to my board and say I want to start a business in a country run by this crazy guy, Idi Amin?” I was stunned. I said, “Idi Amin left Uganda years ago!”

At the time, I didn’t consider myself an expert at sizing up business opportunities. I’d spent my adult life first as an academic, then as the technical director for British Telecom’s early foray into cellular communications, and ultimately running my own consulting company. But even I could see that developing mobile communications in sub-Saharan Africa – where most people had never used a phone, let alone owned one – was an opportunity too big to pass up.

The huge gap between supply and demand wasn’t the only attractive aspect of taking mobile phones to Africa. Africa had no fixed-line phone networks, so mobile phones would face no competition. To me it was obvious that cellphones would be a huge success.

My clients refused to see it that way: Africa was too risky. So I decided I had to do it myself. I had no experience building this kind of company on my own. I knew I’d face hurdles – but I had no idea how significant they would be.

In 1998, when I decided to launch a project to explore setting up mobile communications in Africa (which later became the company Celtel), the consulting firm I was running had 800 employees.

Celtel started out with just five employees. Although the consulting firm provided our initial investment, I spent a significant amount of time raising capital: $16 million in the first year, to acquire licences and begin building infrastructure, and ultimately more than $415 million during our first five years.

The first challenge was to establish our credibility. We had great technical people, but we hadn’t run our own network before. So we had to convince the regulators and telecom ministries that we could deliver. Fortunately, we had virtually no competitors, and I had managed to recruit an experienced board, which included Salim Ahmed Salim, a former prime minister of Tanzania.

One reason major telecom players were afraid of Africa was its reputation for corruption. So we insisted on accepting only licences we had won in an open bidding process; we would never accept them if they were offered under the table.

We focused first on a handful of countries that had inexpensive or free network licences available, including Uganda, Malawi, the two Congos, Gabon and Sierra Leone. The pent-up demand was almost overwhelming; we couldn’t move fast enough.