How to crunch a rational decision 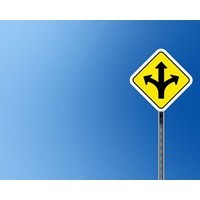 Piles of reports, acres of spreadsheets, laptops whirring away … and even the keenest minds run in circles avoiding a decision.

Decision by exhaustion, often used by committees, is never a policy for good decisions, as many committee decisions show.

But sometimes an event, even far from the table, crystallises all minds to a conclusion.

In our instance, working with three family companies searching for a renewed future, the crystallisation came from France’s new president Francois Hollande and his proposed labour reforms.

This is also a lesson in unintended consequences for those politicians, understandably tired that capitalism isn’t providing all the right answers right now, to try to manipulate markets.

Here’s a recap of the legislation proposed next month in France:

‹ Companies may have to retain redundant staff for up to two years on full pay and benefits while they retrain and search (in company time) for a job suitable to them.

‹ The ‘social wage’, which is applied to employers on top of the paid wage, is being increased, and to try to stop casualisation, companies will have a quantum of social wage applied by the tax office based on historic employment levels.

‹ Companies will have to apply to change categories of employment, and may have to continue to employ certain types of staff even if technology makes them redundant.

‹ A proprietor may have to offer his company to a competitor if they cannot guarantee employment.

Even the French find this attempt to preserve past jobs to be madness.

At the same time, capital gains tax has been increased so that a company must be held for three decades to get any relief – and must not greatly change activities in that time.

It’s further madness, especially for the family businesses that have been going several centuries that have regularly changed direction to survive.

The changes have prompted a sudden attention to decisions after a flurry of checking detail (the legislation is highly likely because the President now controls parliament).

The 210-year-old company I am dealing with in France has decided in September to close down.

Rather than create another global iconic brand for France, they will lay off their factory workers while the ageing proprietors keep a craft workshop going just out of historic family interest. There are dozens – if not hundreds – of jobs not created.

These conservative family business owners decided, as they had done in various wars – to which they likened the current European political/economic crisis – to pull on the helmets and crouch in the trenches.

By relocating in effect the distance from the far western Melbourne suburbs to a far eastern Melbourne industrial park, the new plant’s employment shifts from France to Germany. That cuts the total employment cost from 80 to 60 euro an hour, plus places the business (geographically) within a system that not just encourages, but prescribes, regular productivity enhancement.

Our figures show the total employment cost for skilled technicians to be (in euros) Italy and France: 80 (in both countries it is most difficult to induce workplace change), Germany 60, UK 55, Poland and Czech 22.

Logistics and protection of intellectual property keep production in mainstream Europe. While the label ‘Fabrique en France’ was preferred, ‘Made in Germany’ is just as desirable for global consumers.

The facts make rational decisions. Flexible, productive workforces are necessary to ensure active businesses can change with technology and markets. Flexibility is the future-proofing.

Industry and workforce control policies may make populist politics, but they also ignite business owners to research the facts and become quickly decisive. In favour of their business; not populist politics.