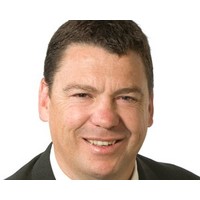 A former Qantas executive, Fenn took the top job at Downer in July 2010 after former CEO Geoff Knox suddenly stood down. Fenn had been Downer’s CFO for less than a year. He inherited a mess.

Downer struggled to deliver on a $1.9 billion project to build trains for the NSW government – and in 2010-11 incurred a loss of $27.7 million and the previous year achieved a net profit of only $3 million. Its share price, once as high as $9.35, had tumbled to $3.74 around the time Fenn took the job.

The company conducted a $279 million capital-raising to staunch the losses. Fenn’s remit was to put the ghastly Waratah train project behind the company and get it back on track.

Back in 2010, shareholders were not just angry about the stuff-up of the Waratah project. They were furious about $3.7 million in executive bonuses paid despite the $190 million impairment charge that the project incurred.

Departing CEO Geoff Knox received a $4.4 million termination payment after two and half years in the top job.

Fenn rebuilt both the executive team, with a new CFO, general counsel and chief risk officer, and the board, with five of the seven board directors having been appointed after Fenn took the top job. Three directors are women. Last year’s remuneration report received a 94% “yes” vote.

Fenn promised to focus on keeping his existing customers coming back for more, but within weeks of his appointment, Downer EDI had also won $5 billion in new contracts – $3 billion for Fortescue Metals Group and $2 billion for a project in Queensland by BHP Billiton Mitsubishi Alliance.

Downer has plugged on with its nightmare train contract, and in February 2012 won $175 million from the NSW government to set the beleaguered contract – which continues until June 2014 – back on track. Investors were relieved to have a resolution and piled back into the stock. Downer has allowed a provision of $440 million to complete the Waratah project.

Fenn has turned down acquisition opportunities, such as buying Transfield Services, in order to get the company’s businesses back on track.

The strategy is starting to deliver. Each of the company’s three businesses – Infrastructure, Mining and Rail – recorded revenue growth in this morning’s half-year results.

Downer Infrastructure reported a revenue increase of 25.6%; Downer Mining revenue was up by 17.8%; and Downer Rail grew revenue by 27%.

Fenn’s step-by-step approach to rebuilding revenue, profit and shareholder confidence is slowly delivering results. After the half-year presentation this morning, the stock jumped to $5.56 from $4.83 before settling back to $5.30.