How to get a mentor who’ll transform your life 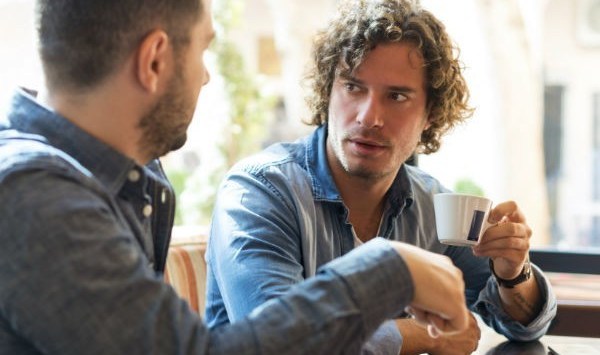 Anyone who has been lucky enough to hear or learn from women with compelling careers will know this: mentors are frequently cited as playing a part in their overall success.

We know the importance of mentors, yet we don’t always know how to approach them and get the most out of the relationship.

On Thursday at our Women’s Agenda Network breakfast in Melbourne, we heard answers to such questions from two of the country’s leading experts on mentoring.

The first was Peter Wilson, an experienced company director and chair who has interviewed everyone from John Howard to Michael Kirby and John Eales about mentoring for his best-selling book, Make Mentoring Work.

The second was Holly Ransom who, although still only in her mid twenties, has already paved a successful international consulting, speaking and advising career. She puts much of her success down to the help of an “army of mentors”.

Below’s what we learned form them about mentoring:

It starts with coffee

Both Holly Ransom and Peter Wilson agreed that getting great mentors starts with acquiring the courage to ask for help.

“Ask for a cup of coffee,” said Wilson. “Tell them you appreciate what they’ve done with their life and where they’re going and wouldn’t mind a few insights … Ask for a few minutes and 95% of people who’re asked that question will say yes, if you’re flexible on time. With a few insights you make the connection and you finish off by saying, “That’s been terrific, I wouldn’t mind thinking about that kind of thing, would you mind if I come back to you again?”

Ransom said she’s reached out to scores of Australian leaders from the chief of the army, to the CEOs of our largest companies and the captain of the wallabies. “All of them have said yes. All of them made time,” she said. “For me, it is that preparation and willingness to ask. It’s one second of courage pushing send on an email. That’s all it takes. If you can do that you’ll be blown away by the reception it gets.”

Most successful people have had other people mentor them, and there’s a genuine willingness to give back.

..But be straight up about what you need

Simply asking somebody to “mentor you” is not good enough. You need to have a clear direction and goal for what you want to get out of the relationship. Indeed, Ransom said she’s had plenty of requests from people wanting her to mentor them, but few with much explanation for why.

As Wilson noted: “You have to be sure you’re getting into the jaws of a dolphin and not a white pointer when it comes to mentoring.” He added this advice is particularly important for women, and that it’s always ok to break away from a mentor if something doesn’t feel right.

He advised spending time developing trust in the relationship before getting too vulnerable, and to avoid “dumping the big issue straight up”.

“You must be dealing with someone who is a safe haven. A person you can trust with any concerns you have and the issues you’re trying to tackle,” he said. “Be patient, give yourself time to trust the person. That may take an intensive period of up to six months.”

Ransom stressed the importance of ensuring the relationship is an “equal exchange”. While the mentor may have significantly more experience and skills than you, they should still treat you will respect and as an equal. Noting she’s had too many great mentors to name, she said she’s also had a couple of bad experiences, where self-interest got in the way.

.. And then allow yourself to be vulnerable

Once you’ve built enough trust and feel comfortable, it’s ok to be vulnerable. “It’s as simple as taking baby steps towards vulnerability,” said Ransom. “It doesn’t mean throwing a giant bomb in the middle of the table to start with, but it’s being able to admit something in the next conversation. To say, ‘I’m really struggling with this, do you have any ideas?’ And just starting to open that door to that part of your world being on the table.

“I have mentors who when something goes wrong they’re the first person I call. I just say, ‘this is what’s happened, it’s a mess, I don’t know what to do and I’ve been crying for the last half an hour’. They completely meet you there. That’s an amazing dynamic to develop and it’s through the courage to be vulnerable that you will get there.”

It doesn’t take long to learn but time is precious

But then time is still precious, so never waste your own, nor that of a mentor’s. Ransom said she does due diligence on mentors so she knows exactly what they can help with. While she always likes the discussion to be fluid and open, she said she still puts in plenty of prep work to ensure nobody’s time is wasted.

You need cross-generational and cross-cultural members

If you’re working internationally, cross-cultural mentors are vital in helping you navigate different countries and cultures. only those with intimate knowledge of the region you’re dealing with can help you deal with some of the challenges that come up.

Meanwhile, five generations will soon be expected to work with each other in the next couple of years — with Gen Z starting to turn 18. Mentors of varying ages, younger and older, will be vital for any leader hoping to deal with a cross-generational workplace.

Ransom said she has a mentor who’s just 12 years old. “You need to be connecting to your workforce but also to your customer base. Also just a sounding board that has a different world view, a different set of ideas,” she said. “They say you’re the average of the five people you spend the most amount of time with. I try and make sure that’s cross generational.”

You can never have too many mentors

Former High Court judge Michael Kirby, along with Rugby plater John Eales, admitted to having more than 100 mentors, when interviewed for Wilson’s book. There’s no limit on the number of mentors you can and should have. The more you acquire and have time for, the greater the pool you can tap for advice and help.

Ransom added that while some might say it takes a village to raise a child, she believes “it takes an army to raise a young women.” She’s had and continues to acquire a huge and diverse range of mentors.

“You can always be learning and I’m continually looking for people who can give me insights. As your work challenges increase, so too do the people available who can help you,” she said.

“I learnt that big time when the prime minster gave me responsibility for the G20 [Youth Summit]. I had zero government relations experience, so walking in to try and navigate global diplomatic scenarios and being able to navigate the channels of domestic politics I had no clue. For me it was, ‘ok well who are the people who can teach me how to do this’.”

Mentor relationships can and should end (but friendships can remain)

You can outgrow a mentor. Indeed, if they’re great in the mentoring role, it’s likely that you will obtain the skills and knowledge you need to move on.

That can involve an awkward conversation, but it doesn’t mean the end of a friendship.

Wilson said a good mentor will probably realise the mentoring aspect of the relationship has run it’s course before the mentee figures it out. “Mentors should understand that. They often see the end sooner than the mentee and they don’t want to upset you by dumping you. No one wants to be dumped! But they’ll be doing high fives inside.”

Still, Wilson said mentees can use their own words to end the relationship graciously. “I think using the words, ‘that’s been terrific. You now need to give me some time to apply these things over the next six to 12 months and let’s keep in touch’,” he said.

Remember to give back

Most mentors are willing to help a mentee out because, at some point, they too have received help. They know the value of ‘paying it forward’ and hope you will return the favour by offering your own wisdom and advice to others down the line.

Ransom said she’s currently mentoring five people, while Wilson’s mentored numerous men and women over the years. They both believe you can also learn just as much from a mentee as you can from a mentor.