The most effective way to instigate change? Start a conversation 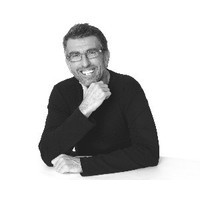 I want to recommend what I call ‘grounded questions’ and contrast them to what I call ‘abstract questions’. I think they have a huge bearing on why programs succeed or fail. Let me illustrate.

The CEO of an infrastructure organisation was ready to launch a cultural change program. His slides were loaded with vision, mission, values, etc. In effect, the slides were his answer to the question: What culture do we need?

When he sought my opinion on the program, I asked him a different kind of question: Of whom are you proud? In response, he told me a great story about a small group of workers. Then another and another. Rich stories of pride in craft and community, and of innovation.

Would you be happy if more people worked like this? I asked. “Absolutely,” he replied. “That’s the point of the program.”

But the more we talked, the more apparent the gap became between the people and the slides. How these people worked together looked very little like the generic images on the slides.

The implied question behind the program — What culture do we need? — sounds grounded. But it’s actually generic and abstract. It assumes the answer lies beyond the people. Such questions only need bullet points for answers.

My question — Of whom are you proud? — is grounded. Only a story can answer it. The insights we need for deep change arise from the specifics of actual contexts and people, not from generic models.

Abstract and grounded questions come from and lead to different ways of thinking.

I have long been fascinated with the history of ideas — the place where philosophy and history meet. In my doctoral research into the early Roman Empire I grappled with the ways certain ideas shaped that society, and vice versa. Whether an empire or corporation, ideas always reflect how people live as much as how they think.

One of my professors used to say — Western thought is the product of a contradiction: that’s what makes it so fascinating. Understanding how that contradiction colours the ways we approach change is too big a task for here, but we can at least glimpse one ongoing tension.

When Aristotle articulated the principles of logic, it was a huge step forward. This enabled the mental process of breaking things down, stripping away what seems irrelevant, and applying a relentless logic to what is left. This mode of abstract thinking has enabled medicine, science and more. Used appropriately this has been a boon.

But Aristotle put a caveat on logic that we seem to have forgotten. Logic, he said, worked for “things that cannot be other than they are” (Posterior Analytics, 71b). Things that don’t change. In other words, things that don’t involve people.

We need a richer palette of thinking for what does change: for anything to do with people and our impact on the world. (Aristotle gave us some rich clues on this too, but that’s another story.)

The bottom line of what is actually a very long story (both earlier and later than Aristotle) is that we have tended to regard logic as sufficient for every context: as though we can break any issue, even ones that involve people, into parts, fix each part and, as a result, fix the whole. I think this has yielded a misplaced faith in data, process, structure and program.