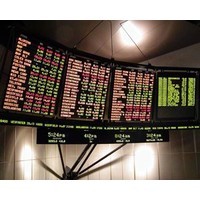 “Following extensive discussions with PEP, in particular over the past week, and a detailed assessment of PEP’s proposal, the Spotless board has determined that, under the present circumstances, the scheme is in the best interests of shareholders,” Spotless said in a statement.

The company added that the protracted negotiation and diligence period had potential to negatively impact on shareholders, who wanted to see the issue resolved.

At $2.71 cash per share the price is below the $2.80 minimum Spotless management said was the minimum price it would accept in January.

The board could only hold out for so long. It had rejected a deal from Blackstone for $2.50 a share in May last year and two previous bids from PEP, starting in November.

The agreement reached today will see PEP acquire 100% of the company’s shares, buying out existing investors after Spotless management caved in to pressure for shareholders, many of whom criticised the rejection of Blackstone’s offer and in January threatened a spill of the board if it didn’t allow PEP to conduct due diligence.

No leader wants to be in Spotless chairman Peter Smedley’s position because even if he holds onto his position, it’s likely to be a rocky relationship with the company’s new owners.

So what should company leaders do to avoid being in his shoes? Here are a few ways to keep shareholders on side.

1)     Deliver or convince shareholders to wait

Any management which fails to deliver on a company’s promise is likely to face grumblings from shareholders. They want increased share price and dividends – if not now, at least a convincing story about how and when they will get them and why they should wait.

It is that aspect that caused the most trouble for Spotless. Last year Smedley and CEO Joseph Farnik embarked on an expensive modernisation of the company which aimed to integrate its many separate professional services into one business able to leverage its wide offering.

That transformation program is not complete and will likely take another two or three years, and it appears that shareholders were tired of waiting.

Simon Marias, managing director Orbis Investment Management, one of the biggest shareholders in Spotless, says company leaders must “be rational” because “stupid” acquisitions are often what drive shareholders off a company’s management.

Too often the focus seems to be on making a company as big as possible rather than on delivering value for shareholders. When companies do things that aren’t in the interests of the company for the long term, they may face dissent.

“Never ever do an acquisition which isn’t clearly in the company’s long-term interest,” he says.

“If you have any doubt whatsoever don’t do it.”

In the Spotless case the acquisition of coathanger business Braiform was widely seen as a strategic blunder and PEP has suggested selling the chronic underperformer and returning cash to shareholders.

Marias says if the share price is in a trough companies should look at doing a share buy-back to reward shareholders who’ve stuck with it and giving others a chance to get out.

“Failure to do so makes a mockery of their commitment to value for shareholders,” he says.

And lastly management must provide a clear vision and strategy for the company, one communicated at every juncture because ultimately shareholders want to see a company succeed.

“They just want to see management has the best risks of shareholders at heart,” says Marias.

This is a lesson many company leaders quickly learn once they get the top job.

For example new Apple CEO Steve Cook has dramatically changed his speaking style since he came to head the tech giant, replacing his programming jargon with simple, commonly understood analogies.