How to manage a people crisis 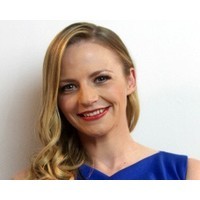 In business you’ll encounter a variety of crises, including making losses and exceeding your budget.  There are literally thousands of articles on how to deal with these types of tangible issues, but what happens if you’re dealing with a crisis that involves people?

For example, someone harms your reputation or you’ve made an error of judgement and it’s impacted a business relationship. Here are some helpful hints on dealing with interpersonal business crises:

How to manage a crisis that is caused by another party:

How to manage a crisis that you’ve caused: