How to manage change without abandoning your brand 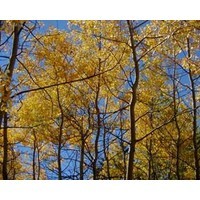 Barely a month goes by without us hearing about yet another round of layoffs, as companies close or reduce their Australian operations.

This has been particularly prominent across sectors such as manufacturing that are suffering under the weight of the high Aussie dollar, our relatively small domestic markets, and lower wage competitors in Asia, Africa and South America.

It’s true that Australia’s unemployment rate remains low, but that’s cold comfort to those workers whose lives are changed forever when their employer delivers bad news about job cuts, redundancies and even closure.

This kind of news is tough for everyone involved: the employee and their family, the managers making the decision and delivering the news, and it’s tough on a company’s brand and reputation.

But organisational changes need not be fraught with the kind of controversy that can lead to negative media coverage with the related erosion of brand and reputation. It is possible to navigate through these changes while balancing the conflicting interests of different groups and ensuring the best possible outcome for all involved.

In our experience, working with major brands through these kinds of changes, companies can avoid the worst consequences by developing a strategic communication plan. The one element that is a constant throughout all this work is having enough time to plan employee and stakeholder communication. Organisations often leave this too late.

Recently, one of Australia’s best-known FMCG companies wanted help with communicating its decision to close local manufacturing operations and send more than 200 jobs offshore. The company faced two key challenges. One was the strong political and consumer sentiment against the perception that jobs were being sent to Asia at the expense of the local manufacturing sector. The other was keeping remaining employees motivated by sensitively communicating with those employees whose roles were affected.

This case offers some valuable ideas to keep in mind when developing a communication approach for disruptive organisational changes.

By thinking first and foremost of the needs of affected employees you minimise the opportunity for the kind of bitter and public criticism that can be so hard for a brand to recover from. In the best cases, you can even create advocates for your brand who understand the reasoning behind your decisions (because you’ve explained it in terms they understand) and praise you for the care you’ve taken to see they’re looked after.

Middle-managers are critical
Bring them onboard early, communicate with them often and treat them as a partner in the process, not just a channel. If they are the unlucky ones having to deliver the bad news, support them to deliver it with empathy, authenticity and compassion. After all, they are the ones at the frontline, engaging with those most affected.

Stakeholders come from the most unexpected places

You need to know about everyone who has a say in your change, or whose business and personal circumstances will be affected by it. You need to know who’s in your corner and whose reaction you need to plan for. To know your stakeholders, you need to involve all key people within your team in the early stages of your planning. Stakeholders you need to think about include the local MP and mayor, your suppliers and customers, and unions.

Social media channels are the new water cooler
Social media is often overlooked until it’s too late. Employees and customers are out there actively discussing your brand online and they are not waiting for your permission or your participation. Include these channels in your planning to ensure they are aligned to your overall communication strategy. Monitor them regularly and use them as an opportunity to have meaningful conversations with people who care about and are invested in the decisions your organisation makes.

There’s no such thing as ‘internal’
This is particularly the case when there is a significant change or contentious issue at play. Remember that every memo, briefing, and email can be shared and broadcast more widely. Produce them with this in mind.

Transparency pays off
Rather than waiting for questions or issues to arise, take the chance to get on the front foot and control the time, place and nature of these communications. Establish your organisation as a source of truth. By the same token, don’t let incomplete information create inertia or cause you to stop communicating. It’s OK to say that things are still being worked through because the alternative – silence – can quickly manifest into mistrust, misinformation and damaging rumours.

If your organisation is serious about change, it should also be prepared to commit the resources required to make it happen. Change projects require cross-business teams who have dedicated time to commit to the effort. Every part of the business that will be affected in some way should be represented and given an opportunity to provide feedback.

Don’t underestimate the importance of following up

Once the change is complete, the job is only half done. What happens next is equally important to ensure staff retention, supplier and partner fulfillment and to protect brand reputation. Remember that the information and the way you communicated it during the change has set the tone for what stakeholders will expect from you moving forward. Don’t undermine the relationships you have built by closing off communication once the change has happened.

Pressure creates diamonds
Going through a major change project can actually leave an organisation better off. Improved communication practices, closer working relationships, enhanced loyalty and productivity, and new emerging leaders are just some of the positive outcomes that a well-planned and managed change program can produce.