How to navigate uncertainty 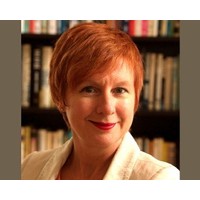 “To find yourself, think for yourself.” Socrates

Lemmings suffer from a classic reputation issue. In 1958, Walt Disney’s controversial interpretation of a natural phenomenon in White Wilderness immortalised the lemming ‘suicide plunge’.
In fact, the small rodents don’t commit mass suicide; their populations fluctuate wildly and when numbers are high, they migrate in groups as a natural population leveller.

“The cliff-death-plunge sequence was done by herding the lemmings over a small cliff into a river,” explains scientist Dr Karl Kruszenicki. “It’s easy to understand why the filmmakers did this – wild animals are notoriously unco-operative, and a migration-of-doom followed by a cliff-of-death sequence is far more dramatic to show than the lemmings’ self-implemented population-density management plan.”

Regardless, the lemming suicide myth became fixed in fact as well as celluloid. Chasing each other over a cliff to a certain death has become a metaphor for humans’ unthinking, crowd-driven behaviour.

Sadly, the practice of following even when the evidence points a radically different way – failing to question ‘accepted wisdom’ – remains all too prevalent.

This might reflect many people’s yearning for a simple life in the face of mounting complexity. It might also signal a deep fear and confusion about coping with the fast-changing, uncertain times in which we find ourselves.

Certainty, if ever it worked, has been debunked as an illusion. Poor workforce engagement levels, lagging productivity and sluggish innovation performance are signs that current approaches are failing, that what we know as ‘fact’ should be questioned.

Leadership models that might have worked in the industrial era don’t translate comfortably to a complex, highly fragmented world.

That leaves a vacuum, and in a vacuum we retreat to the familiar, even if we know it doesn’t work.

So, how to pull away from the cliff’s edge and head with confidence into the complex maze of emerging opportunities?

As author and leadership coach Dionne Lew says, values are the key. “Properly used, values provide a filter that helps us decide what to do and, consequently, who we become. We should live them, not just speak them, and be able to demonstrate our commitment to them in practical terms.”

While it sounds simple, living from one’s values is far from easy, requiring clarity, humility and fortitude. No wonder, then, that the deep link between values, self-awareness, leadership and impact has been the subject of intense exploration and debate for millennia.

Sydney’s St James Ethics Centre has created a unique niche in the work it does with large organisations, individuals and the public on the role of values and ethics in day-to-day life.

Ethics is “about being true to the idea of who we are and what we stand for, about having the courage to explore difficult questions, and about accepting the cost,” according to Suzanne Ross, a consulting fellow with the centre. “It’s about the asking one simple question when faced with everyday life and the complexities of the workplace: What ought I to do?”

Resolving to fully explore that question, no matter how uncomfortable the process or how difficult the ultimate course of action, is the key to self-discovery and a hallmark of history’s great leaders.

Simon Sinek, author of Start with Why, says it’s a matter of acting from the inside out.

“All the great and inspiring leaders … they all think, act and communicate the exact same way, and it’s the complete opposite to everyone else,” Sinek says. “It’s probably the world’s simplest idea – I call it the Golden Circle – why, how, what.”

Most people know the ‘what’ and some the ‘how’, he says, but “very, very few organisations or people know why they do what they do … by ‘why’ I mean, what’s your purpose, your cause, your belief? Why do you get out of bed in the morning, and why should anyone care?”

People who start with ‘why’ – from the Wright Brothers to Martin Luther King and the late Steve Jobs – have a better chance of attracting support, of building sustainable businesses, of driving change and achieving what others would see as impossible.

A deep understanding of why you’re doing it – whatever ‘it’ is – communicates far more than words.

“We follow those who lead, not for them, but for ourselves,” Sinek says. “People don’t buy what you do, they buy why you do it.”