How Twiggy took on the miners — and lost 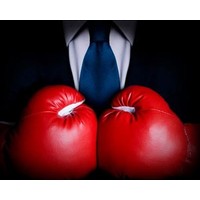 There has been a fair bit of schadenfreude around at the news that an attempt by Andrew “Twiggy” Forrest to prevent the grant of mining leases on his pastoral station Minderoo has been knocked back by the mining warden.

Forrest’s private company, Forrest & Forrest Pty Ltd, owns the pastoral station and unsuccessfully objected to two sand mining lease applications made by Yarri Mining Pty Ltd. The pastoral station has great sentimental value to Forrest: his father sold it in 1998 amid drought and debt, and Forrest junior bought it back in 2009.

Mining wardens are magistrates who sit in an administrative role for the purposes of the Mining Act and hear objections to applications for tenements (mining leases, exploration licences and so forth). Objections will often be made by a rival company hoping to have an existing application rejected so it can apply for a tenement over the relevant area itself, but objections can also be made on public interest grounds.

A major principle of the Mining Act, and of the Western Australian political economy more generally, is that land is open for mining. In WA, you can mine just about anywhere: in a national park, a nature reserve, a marine park (if both houses of Parliament consent), a pastoral lease or on someone else’s freehold property.

After hearing objections to mining leases, the warden makes a recommendation to the minister either to grant or not to grant the relevant lease. The minister is not bound by the warden’s recommendation. The Act also provides that the Minister for Mines and Petroleum may refuse an application for a mining tenement “if satisfied on reasonable grounds in the public interest” either that the land should not be disturbed or the application should not be granted. Thus, although the Act facilitates mining activity, it does not promote mining at all costs.

Given Forrest’s Fortescue Metals Group has had well-documented disputes with native title claimants, the warden’s decision has been widely perceived as a comeuppance of sorts. References to Minderoo as Forrest’s “ancestral lands” (Minderoo was established in 1878 by Forrest’s great-great-uncle Sir John Forrest) also provocatively echoed the language commonly used to convey Aboriginal and Torres Strait Islander connections to country.

Beyond the cries of “irony”, however, it is worth looking at the decision in a bit more detail.

It is rare for a warden to recommend against a grant of a mining lease purely on public interest grounds, although this has taken place; for instance, the warden has previously recommended against the grant of tenements on the basis of objections stemming from native title and Aboriginal heritage concerns.

Indeed, to the annoyance of many mining companies that already contend with Native Title Act, Aboriginal Heritage Act and Environmental Protection Act requirements, native title claimants and environmental groups have increasingly objected to the grant of tenements on public interest grounds in recent years.

Forrest & Forrest objected on both technical and public interest grounds, all of which were rejected by the warden, who concluded there were “no significant environmental issues raised by Forrest that … cannot be dealt with by the imposition of conditions sufficient to safeguard the environment in the area of the applications”.

In the context of the Mining Act, it is unsurprising Forrest & Forrest was unsuccessful, and it should also be noted that pastoral leases are a weak tenure; as the warden stated in rejecting a condition proposed by Forrest & Forrest to be imposed on the grant of the leases, Minderoo is owned by the Crown and merely leased to the company.

Last year the state government banned coal mining in and around Margaret River, a key tourism area in the south-west that Premier Colin Barnett has described as “a huge asset”. Forrest & Forrest could seek a similar ban within Minderoo, but it seems highly unlikely that it would be successful.

Firstly, it is very unusual for the minister to exempt an area from mining activity. Secondly, a decision to do so in this instance would smack of favours for mates; recall the controversy over the friendship between Forrest and WA Indigenous Affairs Minister Peter Collier given the latter has final say over the former’s applications to destroy or damage Aboriginal heritage sites.

To complicate the matter further, it’s been noted FMG itself has also applied for tenements within Minderoo, so it seems unlikely that an outright ban on mining activity would be sought.