How you can benefit from a rival’s new product 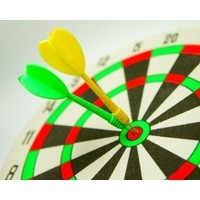 When a company comes out with a new product, its competitors typically go on the defensive, doing whatever they can to reduce the odds that the offering will eat into their sales.

Responses might include cranking up marketing efforts, offering discounts to channel partners and even lobbying for regulations that would hinder the rival’s expansion. In many cases, though, such actions are misguided. Although the conventional wisdom that a rival’s launch will hurt profits is often correct, my research shows that companies sometimes see profits increase after a rival’s rollout – even when they don’t aggressively seek ways to squelch the new product’s sales.

The underlying mechanism is pretty simple. When a company extends a product line, it often raises the prices of its existing products. The hikes might be designed to make the new product look cheaper and thus more attractive by comparison or to capture the value customers place on a broader line of offerings. As that company adjusts its pricing, its competitors can follow suit without risking customer defections over price.

Consider what happened when Yoplait became the first major producer to market low-fat yogurt in the United States. Although Dannon took a 5% hit in units sold during the new product’s initial year, the vast majority of its customers didn’t defect to Yoplait; they preferred Dannon’s style of yogurt. And because Yoplait had raised prices across its product line, Dannon raised its prices as well, by more than 10%. So despite the 5% decrease in volume, Dannon’s revenue increased by 5%.

A similar dynamic plays out in fast food. My research shows that McDonald’s franchisees who open additional outlets (a form of horizontal product extension) often price the menu items in all their locations higher than before, allowing competing Burger Kings to raise their prices as well. At independent Burger Kings in Silicon Valley, this has led to increased margins more than 10% of the time.

The pattern holds for consumer goods as well. I looked at what happened to Pampers when the number of Huggies varieties available in a particular supermarket increased. Here, too, average revenue grew, because as additional Huggies products were stocked, both brands raised their prices. I observed the same phenomenon with coffee, peanut butter, soup, spaghetti sauce and toothpaste – goods for which two major brands were in competition. In 40% to 60% of the instances in which one brand significantly increased its presence on a retailer’s shelf, its competitors’ profits grew.

A company confronted with a rival’s new product should consider all the circumstances rather than reflexively taking defensive measures. If Company A’s new offering is similar to its other products and doesn’t compete directly with Company B’s product line – if it’s simply a new model of an existing automobile, for example, or a new flavour of a soft drink – then the new product isn’t likely to steal customers from Company B and might instead constitute an opportunity for B’s managers to exert pricing power. As in any confrontation, pausing before responding to a potential threat can yield advantages.

Raphael Thomadsen is an assistant professor of marketing at the UCLA Anderson School of Management.