HSBC’s Paulo Maia: A positive prognosis for the Asian Century 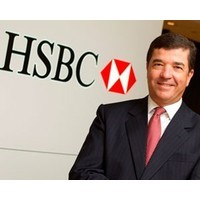 Particular interest is in the Chinese renminbi, which will become one of the most traded currencies, he predicts. With its origins in China and Hong Kong, 150-year-old HSBC is now based in London and has become one of the world’s largest banks – and the second largest company by market capitalisation.

HSBC’s business model focuses on helping companies operate internationally and much of its future growth will be off the back of foreign exchange, according to Maia who anticipates plenty of long-term opportunities for Australian companies in Asia – that’s despite signs of a recent economic slowdown in the region. With the ongoing strength of the Australian dollar, companies looking for lower interest rates on international markets should still tread very cautiously, Maia tells Julian Lorkin of Knowledge@Australian School of Business.

An edited transcript of the interview follows.

Knowledge@Australian School of Business: Paulo, are we actually seeing the real emergence of Asia as an economic powerhouse?

Knowledge@Australian School of Business: But is there concern over how this might impact on growth levels in the rest of the world?

Paulo Maia: From a short-term perspective, there will be some volatility. Obviously there’s a lot of uncertainty currently around the world. If you look at longer term trends, you’ll see that the emerging economies of Asia are quite stable in terms of their prospects for growth and a lot of it is on the back of growth in population and the emergence of the middle class of these economies. To give you another example, we reckon that today there are about 500 million people in the middle class – what is defined as middle class in Asia – and we see that growing to 1.7 billion people in 2020. The amount of consumption that comes associated with that is quite large and that triggers everything else that’s associated with growth.

Knowledge@Australian School of Business: Are Australian companies ready and poised to capitalise on that growth?

Paulo Maia: Absolutely – and I think they’re actually already doing it in a big way.

Obviously you have this A$500 billion of investments in mining, gas and infrastructure in general going on in Australia that is impacting quite a lot on the Australian economy. Companies in Australia and overseas are leveraging on this opportunity. Australia is already benefiting from it, but there is much more potential for that as well.

Knowledge@Australian School of Business: How do you advise your customers? If you have a customer who wants to capitalise on those markets, what would you tell them to do?

Paulo Maia: Well, we look a bit at our own story. HSBC was founded in Hong Kong and Shanghai about 150 years ago and we grew to become a global company out of Asia, so we take a very long-term view in Asia. We believe that there is great growth momentum and we advise our customers to really focus on that. We see China and India, but we also see Malaysia, Indonesia, Vietnam and the Philippines as important growth markets from which Australia can benefit a lot.

Knowledge@Australian School of Business: But they must be worried about what’s been happening with the Australian dollar, which is very strong at the moment. For example, if you look at the Thai baht or even the Malaysian ringgit, which is up by a good 50% over the past four years, surely the Australian dollar’s strength must hamper companies when they’re trading overseas.

Paulo Maia: In particular, emerging market currencies have appreciated quite a lot so this will impact on certain business models. We’re seeing it happening in Australia, which is a high-cost jurisdiction compared to many other countries around Asia and that’s a fact of life that you have to live with. You have to adjust your business model to be able to live in the new environment. But I still believe that there is room for Australia to be able to leverage on its competitive advantages, which are clearly food and commodities. Tourism is a big one, as are education and engineering services in general. There are very, very large companies that are very well positioned to grab the opportunities in Asia.

Knowledge@Australian School of Business: There’s a lot of debate at the moment about the Chinese currency. Should it free-float or just stay where it is at the moment?

Paulo Maia: We believe that there is a clear trend on the internationalisation of the renminbi, the Chinese currency, which is well underway. We think that there are tremendous opportunities for companies to deal more with the renminbi, to use it as a means of negotiating better terms whether in exports or imports.

Particularly with emerging markets we see also these new initiatives of the Chinese government and other governments, including the Australian government, which has been very active in trying to establish Australia as another offshore centre for negotiation of renminbi.

So with the size of the Chinese economy, it will certainly become one of the most traded currencies when it becomes convertible, but even before that there are a lot of opportunities that we see for ourselves, for our customers and for people in general who want to get involved with the renminbi.

Knowledge@Australian School of Business: Is that where the market is going? Will people just trade in whichever currency they feel comfortable in, regardless of which country they’re in, so the world economy becomes more global?

Paulo Maia: Absolutely. In fact, one of our main TV ads shows that even very small businesses will be dealing with multiple currencies. Even a small juice bar, for example, may be able to accept Brazilian reals or renminbi or Australian dollars. We see our business growing a lot on the back of foreign exchange and that’s not only associated with the needs of our individual customers but also the big businesses. Although the euro has reduced foreign exchange volumes within Europe, you still have a lot of needs to convert and to hedge currencies between US dollars, the euro, sterling, the renminbi, the Aussie dollar – so it’s quite an important market.

Knowledge@Australian School of Business: Looking at the whole banking market, HSBC is this huge international bank, but it has a relatively small presence in Australia, hasn’t it?

Paulo Maia: Our business model is quite different from a lot of the domestic banks in Australia. We are really positioning HSBC as the world’s leading international bank, so our business model is to have relevant presence in markets, which are important for us. Australia is one of our top priority countries for growth in the future. It’s a growing market for us where we see a lot of connectivity with international businesses.

We do have relevant businesses that are perhaps not so transparent to the people on the street. We do traditional mortgages, credit cards and so on with a strong focus on particular parts of the population, but we also have an important commercial banking business where we look after trade and cash management payments. And our global banking markets’ business caters primarily for large multinationals and also for structured global markets transactions.

Knowledge@Australian School of Business: Are you seeing many Australian companies looking overseas for loans and trying to borrow money at a lower interest rates?

Paulo Maia: This is a dangerous game because if you try to do that there’s another component that comes into play with the foreign exchange. Australian companies obviously tap international markets for many different reasons to diversify their funding bases, sometimes there is a particular opportunity for a tenure. It’s possible to raise more long-dated funding in certain markets internationally, but most convert their obligations into Aussie dollars because there’s always the risk of fluctuations in foreign exchange. You don’t want a situation where you borrow overseas, then all of sudden there is a big devaluation of the Aussie dollar – which would be an inverse of what’s happening now – and you end up with a big loss. Companies have been very, very cautious when they borrow overseas. Normally, they swap back to Aussie dollars to hedge their cash flows in the future.

Knowledge@Australian School of Business: Are you actually seeing companies being more cautious? There was a slowdown, but things do not seem to be getting better in other parts of the world. Are your customers talking about a second recession?

Paulo Maia: There’s a lot of uncertainty out there among companies and consumers. We’ve been following the economic indicators here in Australia and they are a bit volatile. Clearly one common trend is that the consumer is more cautious. There’s no credit growth in the domestic market and that is reflecting also on business confidence.

There is a greater level of uncertainty out there that impacts on the decision-making process of large corporates and even mid-size companies – except maybe for those very large projects associated with the growing emerging markets of Asia, such as mining projects, so I think there’s general caution on the part of businesspeople and consumers.

Knowledge@Australian School of Business: Is HSBC also more cautious with, for example, consumer debt or even expanding the number of branches?

Knowledge@Australian School of Business: Finally, if you’re looking at long-term lending, you’re obviously talking to a lot of customers about investing for the long term. Are you optimistic for the future for Asia and, come to that, Australia?

Paulo Maia: We are very positive about Asia; obviously there could be big issues primarily in the developed world that could impact on some of these trends, but we’re still of the view that the longer-term trends are positive and are for growth. We see a lot of customers as well that are positioning themselves for these opportunities in the future.

Knowledge@Australian School of Business: Paulo Maia, it’s been great talking to you, thank you very much.