Hywood’s digital dilemma: How country newspapers are paying for the future of Fairfax 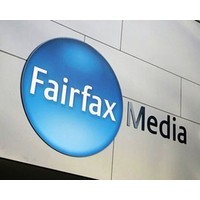 There was one brightly coloured slide amid the gloomy two-tone colour scheme of Fairfax’s investor presentation today. It’s the one that CEO Grey Hywood is selling the hardest: the company’s metro audience calculated as a total of online and print. “We don’t talk about newspapers, anymore,” he told analysts and investors today. “We talk about mastheads, and our metro audience has grown by 30% since 2007 to reach over seven million people.”

But it is those very same metro mastheads that delivered today’s awe-inspiring blow to the company’s bottom line. The company wrote down the value of its metro mastheads by $2.8 billion for the 2011-12 financial year, on top of a $650.7 million write-down last year. In 2009, it wrote down $512.9 million off its masthead’s value. All up, that is a $4 billion crash in value.

Hywood says Fairfax is not counting on economic conditions getting better until 2015, and expects revenue to fall by 10% next year, driven by poor real estate advertising, jobs advertising and national advertising.

The metro mastheads are shedding value at a rate that is unlike anything investors have witnessed in recent history. And despite Fairfax’s colourful portrayal of the audience growth (which inconsistently counts newspaper readership on a weekly basis and online readership on a monthly one), it is still only 38% of metro dwellers.

Meanwhile, the company’s country cousins – the regional newspapers – have a market penetration of 75% across its 200 country mastheads. As Hywood told investors when questioned about the regional results: “If you need to get the message across about your product to a lot of people, you need to be in that publication.”

And the Fairfax Regional Media delivered a profit margin before tax of 28%. This does not include advertising revenue from the regionals’ online sites.

Compare this to Metropolitan Media, which comprises the newspapers and magazines of the Financial Review Group, and Sydney, Canberra and Melbourne mastheads. Total revenue is higher of course ($1.1 billion) but the profit before tax was $76.7 million, a 9% margin. In pure numbers, that is half of the $153 million the regionals delivered.

Digital contribution is not coming from the news sites

Fairfax showed for the first time the contribution of digital to its revenue, and it was up 20% on last year. But it still only comprises 17% of total revenue (an improvement from five years ago, when it was just 9%).

In the past, Fairfax has applied all editorial costs to the print business, making it difficult to value its digital assets. This year the company split the editorial costs across the two operations, an approach that showed profits in both print and digital businesses.

Chief financial officer, Brian Cassell, explaining that a more accurate allocation of editorial costs was virtually impossible; a lot, but not all, of the content on the websites appears in print before or after it is published on the web.

One analyst at the presentation challenged an analysis that suggested Fairfax’s digital news sites were profitable.

This suggests Fairfax’s digital news sites are losing around $13 million.

What the country customers are paying for

With its profitable country newspapers doing the heavy lifting, Fairfax is accelerating its “Fairfax of the Future” program.

By March next year, the city newspapers will be tabloid-sized and Fairfax will introduce a subscription fee for the digital masthead.

Fairfax introduced a model of publishing on digital first in July this year. Hywood says the company “managed” a circulation decline of 15%, cutting “ineffective circulation” while maintaining readership market share.

Fairfax has also integrated its sales team to sell across all channels, a belated move critics say, but a move that Hywood says is a first for a major media company.

In June, Fairfax announced it will close its Chullora and Tullamarine printing plants by June 2014 on the road to becoming a digital only media outlet. “We will be in print as long as it is profitable,” Hywood said. This will save $40 million, Hywood said.

Under the new model, editorial, new products, consumer sales and marketing and ad sales will continue to be organised by business unit, but shared resources will include production, contact centres, distribution, human resources, IT, finance and printing.

Fairfax has reduced debt from $914 million to $547 million by listing and selling 49% of its best performing asset, the New Zealand site, TradeMe.

What the country folk get in return

There will be no further cost cutting in the regional businesses in the coming year (and no extra money), but Fairfax will invest in its regional digital sites.