If a 200-year-old flour company can nail social media, why can’t your brand? 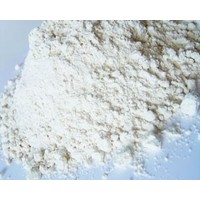 Too often I hear from brands (large and small, but quizzically, it generally comes from larger organisations) that they haven’t got much to say that’s interesting and therefore social media and content marketing would be a waste of time for them.

Just when you think there are deadly boring categories out there populated with brands that, at first glance, probably DON’T have a lot to say, along comes King Arthur Flour to effectively take that argument and knock it out of the park.

This is a business that’s nailing both social media and its online kindred spirit, ‘content marketing’, and doing so better than most large Australian companies operating in higher-interest categories.

What is King Arthur Flour doing that’s so progressive? First of all, the brand focuses on producing interesting and relevant content.

Let’s shift our attention to King Arthur’s social media channels, an area where it is excelling.

The brand has a thriving community on Facebook, with nearly 90,000 people ‘liking’ the page.

Its Facebook updates are regularly ‘liked’ and commented upon. One such post, in which the brand asked its fans to show “support for American farmers in so many parts of our country battling terrible drought conditions”, attracted more than 2000 likes (this update also featured a video inviting the public to “take a tour with us through the wheat fields of Kansas and meet some of the people who grow wheat that becomes King Arthur Flour”.)

Many of their updates attract between 70 and 100 comments (unlike ‘likes’, comments demonstrate a deeper level of engagement on the part of consumers).

They’re a creative bunch at King Arthur Flour, too.