If you want to win, tell your team it’s losing (a little) 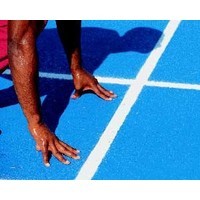 The research: Jonah Berger told subjects that they were competing with a person in another room to see who could make the fastest keystrokes and that the winner would receive a cash prize. After one round he gave the subjects feedback, saying that they were far behind, slightly behind, tied or slightly ahead of their competitor. Only the people told that they were slightly behind picked up the pace significantly in the second round. Overall, the subjects in that group performed faster than the “slightly ahead” group.

The challenge: Are you really more likely to win if you’re losing a little? Professor Berger, defend your research.

A: The results were clear. Effort increased dramatically only for people who believed they were slightly behind in the competition. What’s more, we found a similar effect when we analysed real-world field data from 60,000 basketball games, including 18,000 NBA games. The relationship between the score and the likelihood of winning was fairly linear. For every two points a team was ahead, its chances of winning increased by about 7% – except for this major discontinuity right in the middle. Teams that were down by one point at halftime were more likely to win than teams that were ahead by one point at halftime. They won as much as 8% more often than they would have if the relationship had stayed linear.

Q: One point isn’t much in basketball. That seems fluky.

A: It’s not a fluke, and the fact that the game is close is precisely the point. The effect is present only when the team is just slightly behind. Teams that are leading should be more likely to win for two reasons. One, they tend to be better teams – that’s why they’re ahead. And two, the losing team simply has to make more points to win. But we’ve found this interesting insight – that being slightly behind boosts motivation and thus performance. A team in that situation knows it can compete and recognizes it must work harder in the second half to achieve its goal. So it does. After the Women’s World Cup soccer final between Japan and the US in July last year, one commentator noted how odd it was that Japan seemed to play better when they were behind. Our works shows it’s not that odd.

A: You’re right about that, but I find it compelling that the losing team had something more to give. Why aren’t they working their hardest always? Shouldn’t it be impossible to increase the effort and motivation of an elite sample like that? I think it says something about human nature that we still exert a bit more effort when we’re slightly behind.

Q: What exactly is “slightly” behind? How do you know where the cutoff point – where motivation doesn’t increase – is?