In plain English: Five things you need to know about the economy 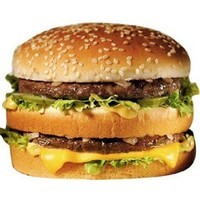 AMP’s head of corporate super investments, Hilary Inglis, has been telling investors about the economy for five years. “In that time, there hasn’t been a lot of good news,” she says. But by talking to them about the economy simply and plainly, she hopes she’s been able to make their day a little better.

This morning Inglis presented her jargon-free take on the economy to a room full of executives at women’s networking society Women with Ambition. Here are five take-outs from her speech.

1. 2012 was an unusually good year for investors of all stripes

Much is written about the rise of the sharemarket in 2012. But last year every asset class, from the most defensive to the most risky, did well. Returns in everything from fixed-interest accounts to listed property rose strongly.

This is highly unusual, Inglis says. She attributes it to investors being attracted to both high- and low-risk assets.

2. In the past few years, sentiment, rather than business fundamentals, has driven the market

Since the global financial crisis, companies in most of the world’s economies have lowered their debt while increasing their earnings. Profit margins per share have risen, while debt-to-equity ratios have fallen. What this means is the balance sheets of most companies are healthier than they were going into the GFC. But this hasn’t done anything for their share price.

This isn’t to suggest there’s no reason to feel better about Europe. In fact, in 2012, many of the government policies investors feared wouldn’t work out did exactly what they were supposed to.

In Europe, European Central Bank chief Mario Draghi lowered interest rates, ensured the banks were on stable footing, and put a floor under government bonds with the Outright Monetary Transaction policy. This involved the European Central Bank promising to buy unlimited numbers of government bonds in troubled eurozone nations, provided they asked the bank to do so and agreed to abide by certain austerity measures.

“Spain’s never asked the ECB to buy its bonds, but the sheer policy has moved it out of the hot-zone,” Inglis says. Which is exactly what the ECB hoped would happen.

In China, late 2012 saw fears of a “hard landing”. “China was growing for several years at 10% [per annum],” Inglis says. “This wasn’t sustainable.” One of the side-effects caused by this runaway growth was a rising inflation rate that made it more difficult for China’s large population to secure the rising standard of living the growth promised.

4. The Australian dollar is overvalued, but that doesn’t mean it’ll ease off

Since 2008 the Australian dollar has been near or above parity with the American dollar. This is the highest it has been since the 1970s, and is making selling overseas harder for Australian exporters while making many sectors of the economy compete with cheap imports.

To figure out where a currency should be, economists use a measure called “perfect price parity”. This relies on the theoretical assumption that when you convert the price of goods into the one currency, everything should more or less cost the same everywhere (because consumers can be counted on to import whatever is more expensive in their country). It rarely works out perfectly in practice, but is useful as a rough guide to figure out what the value of currencies should be.

One simple measure of perfect price parity is the Big Mac Index. This takes the price of McDonald’s Big Mac burgers all over the world and converts it into American dollars. By looking at how much cheaper or more expensive a Big Mac is in various countries than it is in America, economists can see whether those currencies are over- or undervalued.

However, that doesn’t mean relief for exporters is on the way, Inglis cautions. Australian interest rates have come down, but they’re still two or three times higher than interest rates in Europe and America. For global investors, this makes Australia an attractive place to park their money. To do this, they need to buy Australian dollars, which increases demand for our currency, keeping it higher than it would otherwise be.

5. What this means for your super: diversify

Inglis cautioned that she’s not a financial planner. But looking at the economy over the past year, and anticipating 2013, she thinks one lesson is clear: savvy investors shouldn’t try to guess the market.

Displaying a chart of the top five types of investment for every year since 2007, Ingis says she knows everyone is looking for a pattern, but they shouldn’t. “There is no pattern. The best performing asset class might as well be random,” she says.

“Don’t try and guess it – you just don’t know. The key is to diversify. Don’t go just for the high-risk asset. Balance your portfolio.”