Indonesia: business opportunities in the land next door 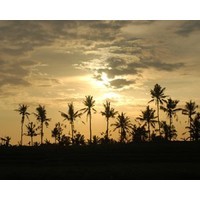 Austrade estimates that there are more than 400 Australian companies operating in Indonesia, in sectors including mining, agriculture, construction, infrastructure, finance, healthcare, food and beverage and transport.

The two countries are currently negotiating the Indonesia–Australia Comprehensive Economic Partnership Agreement, a free-trade deal of sorts that aims to increase Australian investment in Indonesia and Indonesian investment in Australia in sectors identified as the most likely drivers of economic growth.

Given all this, it’s not surprising that investment in both directions was one of the key areas of discussion of the Australia-Indonesia summit that concluded on Tuesday. It was attended by Prime Minister Julia Gillard and Indonesian President Susilo Bambang Yudhoyono.

Professor David Hill, a professor of South-East Asian Studies at Murdoch University, was in Darwin for the summit, including Yudhoyono’s address to the Australia Indonesia Business Council.

He says the president strongly welcomed Australian investment, particularly in the underdeveloped east of the country. “He had with him three governors from provinces in Eastern Indonesia, including West Papua,” Hill says. “I had a brief conversation with the governor of West Papua, and he made the point of saying he welcomed investment in everything from roads to telecommunications.”

But the opportunities for Australian businesses extend well beyond basic infrastructure.

“The two economies are very complementary,” Hill says. “Apart from mining, where there’s an element of competition.”

“For example, we’ve seen a lot of movement in the area of legal services, where it’s of great benefit to Australian companies to form alliances of different kinds with Indonesian firms.”

Ross Taylor, a former WA government regional director to Indonesia and current president of the Australia Indonesia Institute, says there is a diversity of Australian businesses operating in Indonesia.

“Finance and banking are there, and of course, agriculture is very big.”

“We have a very big interest in education and health, though to be honest, there’s room for a lot more investment in both those areas.

“Then there’s a huge range of small to medium enterprises – food, small goods … whatever you can think of.”

Taylor says Australian businesses often underestimate what could be attractive to Indonesian consumers.

“A few years ago I took some regional mayors from Indonesia to Western Australia, to look at the wine-growing regions.

“We were driving along in a mini-van, it was dark, and they kept pointing. It turned out they were interested in the triangular cats-eyes we have on the roads to stop accidents in the dark. They wanted them because they had such high accident rates in their home towns. I checked who made them. It turned out to be a family-owned company in Western Australia. I rang them up, and they were soon doing their first export to Indonesia.”