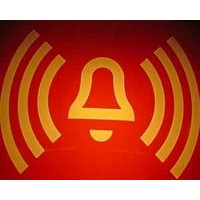 Corporate risk management has traditionally focused on mitigating the impact of external factors over which a company has no control. But what about internal factors?

Australian School of Business professor Lex Donaldson has developed Organisational Portfolio Analysis (OPA), a new approach that identifies the risks within a company’s individual business units and reveals how their fluctuations interact with overall company risk and performance. OPA can deliver fresh insights into the dynamics and behaviour of a corporation. By better understanding sources of corporate risk, they can be managed and used to drive profits.

Most organisations calculate risk in terms of external factors. It’s not within their power to control political conditions, global economic turmoil or currency movements, but they have to plan to control the risk and mitigate the impacts. Conventional risk management strategies look at the organisation as one entity, coping with a fluctuating environment outside. At the Australian School of Business, professor Lex Donaldson has been looking at risk in a new way. His Organisational Portfolio Analysis (OPA) approach looks at the business units within the organisation as a portfolio which in itself produces corporate risk.

Using the OPA methodology, Donaldson analyses the risks within each business unit and its interaction with the risk of the wider corporation. From this analysis comes an understanding of how fluctuations in the performance of individual business units have an impact on total performance and how that may be managed more effectively.

“In finance, they talk about a bundle of companies together as an investment portfolio, but I apply that framework inside the company,” says Donaldson. “You might have a situation where one unit is declining in performance and another one is going up in profit, so they might cancel each other out and reduce the corporate risk.

“People in finance also talk about the beta co-efficient, which is the share price of the company and how it fluctuates over time in comparison with the overall market. I took that down a level, to look at the fluctuation in the divisions within the company and how they relate to the fluctuations in company performance, and I call this the divisional beta co-efficient.”

Donaldson received some important validation for his work from an American case study. After he published his book, Performance-Driven Organizational Change: The Organizational Portfolio, he was approached by US railroad corporation CSX, a Fortune 500 company.

“They picked up on the divisional beta co-efficient concept and applied this to their company,” Donaldson says. “They broke down their company into 15 product lines – the things, such as agriculture, they were moving on their freight trains – and they developed a statistical tool to produce the divisional beta co-efficient for each of them. They sent me all their work on this, and their internal profitability data, and I could see that their work was sound. The results then had an influence on a major re-organisation conducted within CSX.”

From further analysis, Donaldson examined the relationship between the profits of the business units and the wider corporation, and observed there were five types of business units: