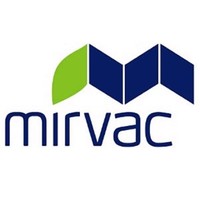 Institutional investors are pressuring Mirvac chairman James MacKenzie and the Mirvac board over their decision to part ways with chief executive and managing director Nick Collishaw and MacKenzie’s unwillingness to discuss the reasons behind the decision at a recent results briefing.

Concerns have also been expressed over the leadership of the company, with doubts aired as to who is actually running the business.

In mid-August it was announced that Collishaw would step down on October 31 with his role to be taken over by Susan Lloyd-Hurwitz, now the London-based managing director of LaSalle Investment Management Europe.

The surprise announcement gave no date for Lloyd-Hurwitz to officially take over the reins, only saying that she would take on the chief executive role before the end of the year.

Two weeks ago – after the announcement of his departure – it was reported in the Sydney Morning Herald’s CBD gossip column that Collishaw was asked to leave the room at a Macquarie luncheon also attended by MacKenzie.

CBD speculated that Collishaw left to allow some attendees to ask some potentially sensitive questions regarding the decision to replace him.

In the wake of the decision and subsequent investor dissatisfaction, shareholder Maxim Asset Management is calling for a meeting of at least seven investors, which collectively hold about 13% of the stock, and is pressing for a partial board spill including replacing MacKenzie.

In an email obtained by The Australian, Maxim managing director Winston Sammut highlights MacKenzie’s “reluctance not only to not engage in discussion about the change of CEO and MD but also to effectively shut down discussion on any question directed at him at the results presentation”.

Sammut points out in the letter that it is unusual for a chairman to be at a results presentation and even stranger, that despite being there, he was unwilling to answer questions put to him.

“Accordingly the event was not well received, from an investor point of view, and I believe did a lot of damage to the company.”

Having spoken to his peers, Sammut concluded that the level of dissatisfaction with MacKenzie was “very high”.

The press statement accompanying the Collishaw announcement suggested a change in direction for the Mirvac brand, highlighting Collishaw’s role in introducing a “renewed conservatism to Mirvac’s business model” in an “important chapter” for Mirvac in the wake of the GFC. Collishaw was appointed managing director of Mirvac in 2008 and guided the developer through the aftermath of the GFC.

But MacKenzie says Mirvac now faces a different set of challenges, including the need to “accelerate cultural change in the business” and place “greater focus on the group’s communication with stakeholders”.

Since the appointment, the Mirvac board, while not willing to discuss the change of leadership with institutional investors, has provided some clarity around its decisions to sack Collishaw.

Since the announcement, Collishaw’s duties have been under the direction of the board, with a spokesperson telling the Australian Financial Review that Collishaw had “presided over a series of highly unsatisfactory results, specifically in relation to the performance of the chief executive”.

These comments follow a recent newspaper interview in which MacKenzie highlighted Collishaw’s inability to communicate with shareholders as a key issue.

Collishaw has maintained his silence over the nature of his departure from Mirvac.

He is entitled to a $1.5 million redundancy payement in lieu of working out his notice.