Is your company outsourcing responsibly? 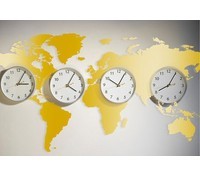 Last Saturday a fire at a garment factory near Dhaka, Bangladesh, claimed the lives of more than   100 workers, according to news reports. As yet, the reasons for the fire – and who needs to take responsibility for the deaths – is not conclusive. But  regardless of fault, the American retailer Wal-Mart, which outsourced its production to the company, was left to answer questions from media, customers and shareholders about why it didn’t pay closer attention to the supplier’s operations.

Outsourcing has many benefits, but it is not without risks. Monash University business school professor Greg Bamber has met many outsourcing service providers in countries such as Vietnam and China. He has heard one complaint from them again and again: the suppliers want greater engagement from the companies that are their clients.

Bamber, joint author of a book on international industrial relations, says poor outsourcing relationships can cost a company a great deal in terms of productivity and reputation – at the very least.

At worst, the consequences of a poor or lazy relationship between an outsourcer and an external producer can be disastrous, with lives lost or ruined.

Bamber points out that many Western companies have suffered damage to their reputation after their dirty outsourcing secrets were uncovered. “Major companies, ranging from Apple to Nike, have suffered a backlash… when it has emerged that their workers are not well treated in some of their supplying companies,” he says.

To avoid both scandal and exploitation, Bamber says outsourcers need to build a better understanding with their external contractors. The process, termed “vested outsourcing”, boils down to maintaining a close relationship with suppliers, and developing and enforcing standards and guidelines.

The approach provides benefits above safety and reputation. “If workers get the impression that they are a disposable pairs of hands, they are less likely to be engaged with helping the end product and providing better quality and services,” says Bamber.

Increased connectivity can have further unforeseen effects. “[It] fosters innovation. It’s the workers who are [providing] goods and services at the front line who often have the best ideas about improving those goods and services, because they are the ones at the coalface,” he says.

RMIT Professor Shams Rahman, who has visited outsourcers’ factories in developing countries, says there are definite benefits to remaining engaged with suppliers. “Living here for the last 20 years I have seen how consumers’ behaviour has changed,” he says. “If an organisation can show they are a conscientious company that looks after their workers, then consumers would be more than happy to buy their products.”

He describes how some of the factories he visited were in an appalling state, poorly planned without evacuation plans and, in some cases, a fire extinguisher.

Bamber says companies can easily ensure their corporate standards are applied across their external providers by visiting sites and checking that their policies are being followed. “The health and safety standards that apply in Western countries like the US and Australia must be applied right through the supply chain,” he says.

He gives the example of British chain Marks & Spencer as a company that has good outsourcing policies. “They work closely with those other companies to ensure that their standards and working conditions are the same high level that they themselves would wish to prevail,” he says.

“Companies should not simply focus on cost-cutting in the short term,” says Bamber. “Try to develop mutual gains arrangements between supplier and provider of goods and services.”