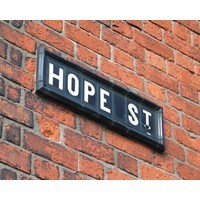 Leading companies will take note of shifts in business and consumer focus by shifting their marketing efforts away from broadcast and mass media into narrow-cast and direct marketing efforts to reward their current customers and attract new ones.

Businesses that have weathered the post-2008 storm are using the internet as a platform for growth to get customers to convert savings into new homes, cars and consumer durables.

Business leaders are regaining their confidence ahead of the public mood about the economy that worsened since 2008 in eight of 15 countries providing comparable data, the Pew report said. Only 16% of Europeans said they believe their economy is doing well.

Business confidence in Australia in June 2012 remained relatively steady at 105.4, down only marginally from 105.8 in May – giving some hope that it is bottoming out but at a level that is only just positive. These are the latest findings from the Roy Morgan Research Business Confidence Survey conducted among 2,577 businesses across Australia in June.

The negative sentiment that is impacting most on business, and reflected in the low level of business confidence, is that there is still a feeling that economic conditions in Australia over the next 12 months will remain poor. Nearly half (47%) of the businesses surveyed believe that Australia will face “bad times” economically over the next 12 months. This is unchanged from May and is the highest level since September 2011.

As a consequence of the feeling that the economy will still be facing tough times over the next 12 months, businesses are feeling less inclined to invest in expansion. It is, however, a bad sign for economic recovery in Australia that 51% of businesses think that the next 12 months will be a bad time to invest more in the business; this is about the highest negative sentiment seen in the past 18 months.

The influential Bellwether survey, which gauges the outlook of the UK marketing industry, found that almost a third of respondents felt the financial prospects for their company had deteriorated since the start of the year.

The proportion of UK marketers that felt prospects for the advertising industry as a whole had deteriorated climbed from 25% to 35%, compared with the first-quarter report.

Sir Martin Sorrell’s media-buying company, GroupM estimates that TV and press advertising revenues will fall by more than £350m in the UK during 2012, despite any windfalls generated by Euro 2012 and the London Olympics. But the slump in print and broadcast will be more than offset by a boom in digital advertising, GroupM’s overall growth forecast for the UK ad market is up from 3% in December to 3.4% – from £12.7b to £13.2b – mainly thanks to a rise in digital spending. See more here.

Steve King, the ZenithOptimedia worldwide chief executive, says the downgrade to TV ad forecasts is because of a decline in spending from retailers and fast-moving consumer goods companies. The big winner is internet advertising, with ZenithOptimedia raising its forecast to double-digit year-on-year growth (10.3%, from its March forecast of 9.3%).

This equates to a £200m upgrade in the amount of ad spend expected to flow into digital media in the UK. “Internet advertising continues to drive most of the growth in the UK ad market, and we expect it to attract 35% of expenditure this year – more than anywhere else in the world,” said King. See more here.

Global surveys of business and consumer confidence show a cautiously optimistic approach to the end of the Eurocrisis, the beginning of the end of the stand-off in Congress and a return to economic growth.

Now is the time to build brands and establish a strong profile for the last quarter of the year and what is likely to be a very profitable new year.