Joint ventures, financing and a little bit of star power: Inside Swisse’s plans for world domination 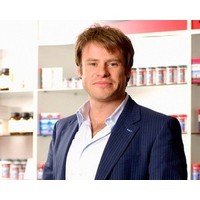 The Australian vitamin and supplements brand has been impossible to ignore. For the past five years, it’s been associated with many of Australia’s biggest celebrities. From sports stars and actors to celebrity chefs, all have spruiked its range of non-prescription health and dietary supplements.

SmartCompany yesterday attended a talk given by Swisse CEO Radek Sali, put on by the Victorian Employers Chamber of Commerce and Industry.

In an hour-long speech, peppered with motivational videos of happy Swisse customers and employees, Sali revealed some fascinating things about his business, and its plans for world domination.

Here are some takeouts.

A former cinema executive with an eye for marketing, Sali wants Swisse to become one of the world’s most successful and recognised brands.

“We see this great opportunity right across the world,” Sali said.

“We see huge opportunity for a brand with personality in the US – that not only does supplements but a broad range of wellness products.”

Since March, Swisse vitamins are now sold in 30,000 stores across America.

“We’re going to go into 40 countries over the next five years,” Sali says. “We want to be a great Australian brand that’s in shelves worldwide.”

There aren’t enough global Australian brands, Sali said. And Swisse sees itself as having a unique opportunity to capitalise on its Australian origins.

“As Australians, we’re known for this extraordinary quality that’s a benchmark around the world,” he said. “We have this gold standard. And we should be proud of that.

“And the Aussies are well-known for health and wellness. We should be leading the world.”

But only breaking even

But at the moment, that drive for global dominance is costing Swisse. The company’s revenues have grown healthily since 2009, but, Sali revealed, the company is barely breaking even.

“Profitability isn’t number one for us,” he said. “Our priority is growing the market-place.”