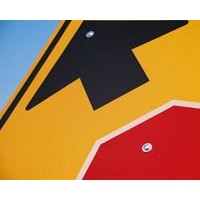 Camping gear retailer Kathmandu is in the black again. Net profits leapt 72% in the company’s first-half results, up from NZ$6 million ($4.8 m) to NZ$10.3 million ($8.2m). (Kathmandu is listed in both Australia and New Zealand.)

It’s a big turnaround for the company, which suffered a 43.1% net profit fall in the first half last year, before recovering somewhat to deliver an 11% net profit fall for the full year 2011-12 of $34.8 million.

Gross profits were up 13.2%, but the gross profit margins as a percentage of sales were steady for the two corresponding periods at 62.7% the company’s chief financial officer, Mark Todd, told investors this morning in the absence of the CEO, Peter Halkett, who was in hospital recovering from an operation.

The net profit improvement came from a decrease in operating expenses of 100 basis points as a percentage of sales, Todd said.

Cutting advertising costs and introducing a new NZ$2 million warehouse management and enterprise resource planning systems delivered the saving. “In the financial year 2012 we were dealing with a brand refresh and a refresh of our core and warehouse systems,” Todd said.

Overall sales grew 13.1%, with Australia performing well – a 21.5% increase with the opening of nine new stores. New Zealand, which Todd describes as a mature market, grew 7.9%, while in the company’s troublesome business in the United Kingdom, sales  fell 4.7%.

In the UK, the company opened one new store and closed two others. It will close another two in the first half of 2014. Instead, it plans to push online sales, which were up 50%, although still constitute less than 5% of total revenue. For the first half of financial year 2013, revenue was $165.9 million.

Todd emphasised the flexibility of Kathmandu’s stores, which range in size from 230 square metres to 620 square metres, saying that the company had learned to vary its stock dramatically according to the location of stores. However, Todd says the company will not increase the total number of products.

“We are not increasing out total SKUs (stock-keeping units), but we are re-investing to better align the SKU to our markets. From Darwin to Invercargill in [New Zealand’s] south, there is a big variation in what customer buy.”

At its AGM last year, the company flagged its intention to increase its target of stores from 150 to 170 in Australia and New Zealand. Todd says the company became more confident of opportunities in rural Australia and in shopping malls.

As leases come up for renewal, the size of stores may change, he says.

Its loyalty program, the Summit Club, is at 750,000, three-quarters of the way to its 1 million member target by 2015. Members pay a fee for the card if they do not spend at the stores.

There was no profit forecast because of the difficult retail conditions, the interim chairman, John Harvey, said. Harvey is filling in following the death last month of Kathmandu’s chairman, James Strong, at age 68. The year’s profit result was strongly dependent on the company’s second half.

However, Harvey said he was confident the company could deliver a “strong profit outcomes” for 2103.